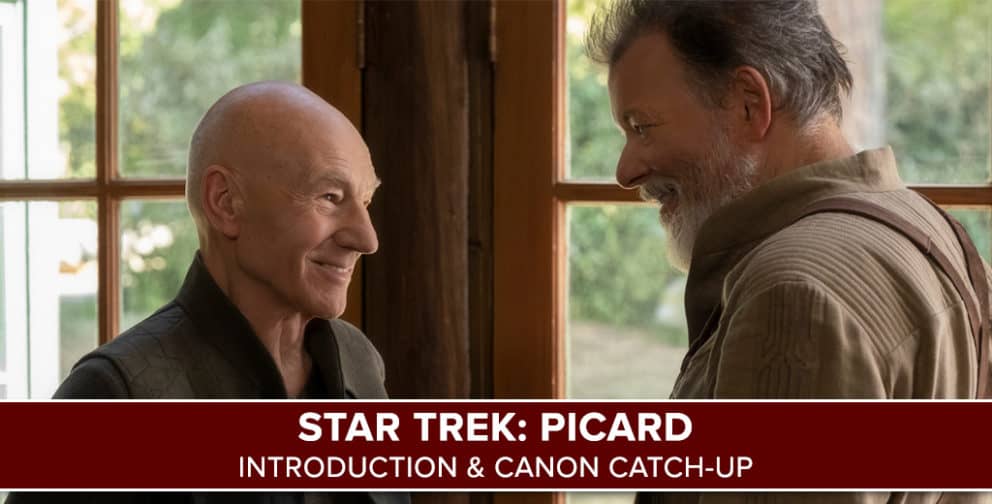 Jessica Liese (@HaymakerHattie) and Mike Bloom (@AMikeBloomType) have dropped out of warp to give their initial thoughts on what’s to come and what has come with the upcoming Star Trek: Picard.

The two discuss everything known about the returning characters and storylines for the highly-anticipated new Star Trek series. They break down Jean-Luc Picard as a captain and person, create a list of seminal Picard-starring episodes of Star Trek: The Next Generation, and go in-depth on the menace of the Borg and its complicated history across Trek.

Jess and Mike will be back next week with a recap of all six Short Treks that have aired on CBS All Access from October through January. The week after, they’ll return to Picard, giving one final preview of what we know about the new series before its premiere on January 23.