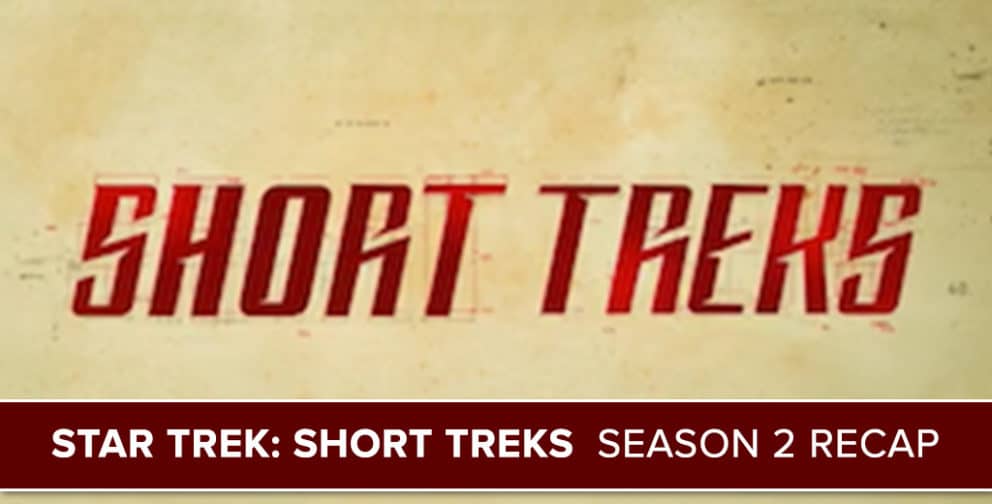 Jessica Liese (@HaymakerHattie) and Mike Bloom (@AMikeBloomType) are back from a harrying turbolift ride to talk about the treasure trove of tardigrade eggs that is the Star Trek: Short Treks season 2.

Jess and Mike discuss all six episodes of Short Treks season 2, which aired between October 2019 and January 2020. Building off a four-episode first season from 2018, the new installments push the boundaries of tone, genre, and subject matter in Star Trek. They also talk about how these six shorts will ultimately tie into upcoming seasons of Star Trek: Picard and Star Trek: Discovery, as well as the canon at large.

The two will be back next week with one final preview of Picard before the series premiere on January 23.

CBS All Access’ Star Trek: Short Treks are approximately 10 to 15 minute stand-alone short stories that allow fans to dive deeper into the key themes and characters that fit into Star Trek: Discovery, Star Trek: Picard, and the expanding Trek universe. The second season aired in monthly installments from October 2019 to January 2020.