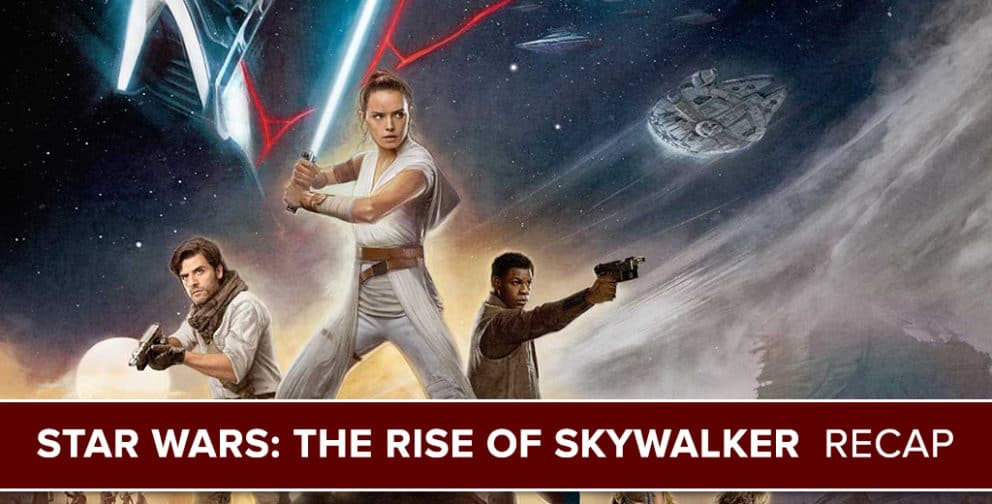 Taran Armstrong (@ArmstrongTaran) and Brent Wolgamott (@OneLuckyGay), the Lando and Lobot of podcasting, recap the most recent and final film in the Skywalker Saga, Star Wars: The Rise of Skywalker.

In this podcast, Taran and Brent first start off giving a spoiler-free discussion of their thoughts on the ninth and final Star Wars episode in the Skywalker Saga and more.

Then, they shift into a full spoiler discussion where they discuss anything and everything they thought about the film, and the Skywalker Saga as a whole.

About Star Wars: The Rise of Skywalker

While the First Order continues to ravage the galaxy, Rey finalizes her training as a Jedi. But danger suddenly rises from the ashes as the evil Emperor Palpatine mysteriously returns from the dead. While working with Finn and Poe Dameron to fulfill a new mission, Rey will not only face Kylo Ren once more, but she will also finally discover the truth about her parents as well as a deadly secret that could determine her future and the fate of the ultimate final showdown that is to come.