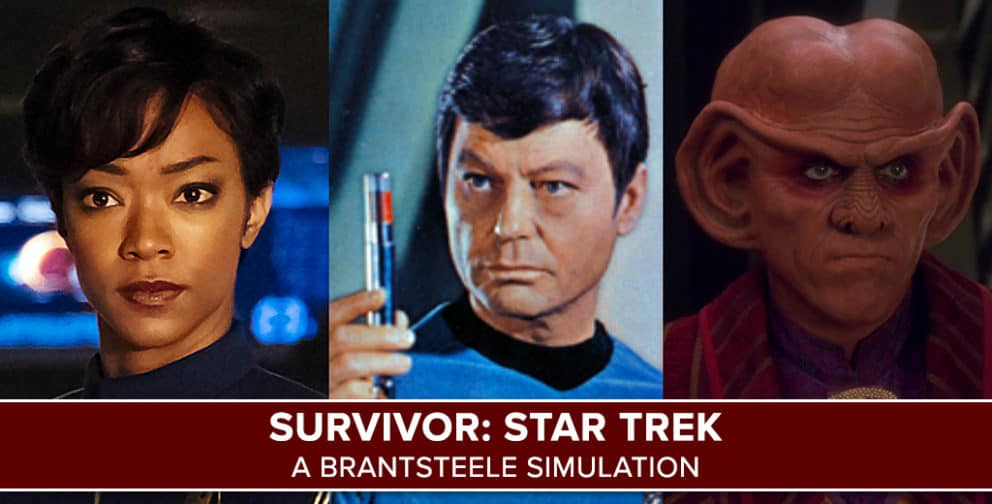 Though there’s no Star Trek on the immediate horizon, that won’t stop the Post Show Recaps crew from seeing who would reign supreme when pitting some of the greatest characters to grace the stars against each other!
Jessica Liese (@HaymakerHattie), Mike Bloom (@AMikeBloomType), and Rob Cesternino (@RobCesternino) bring you a simulated season of Survivor, using characters from throughout the Star Trek franchise. The eighteen players are divided into three groups: Heroes, Healers, and Hustlers. Using the BrantSteele simulator, the trio will see who has what it takes to outwit, outplay, and outlast the rest to take their game into warp speed.
Follow along on Survivor: Star Trek
Subscribe to our Star Trek-only podcast feed
Follow along with the video