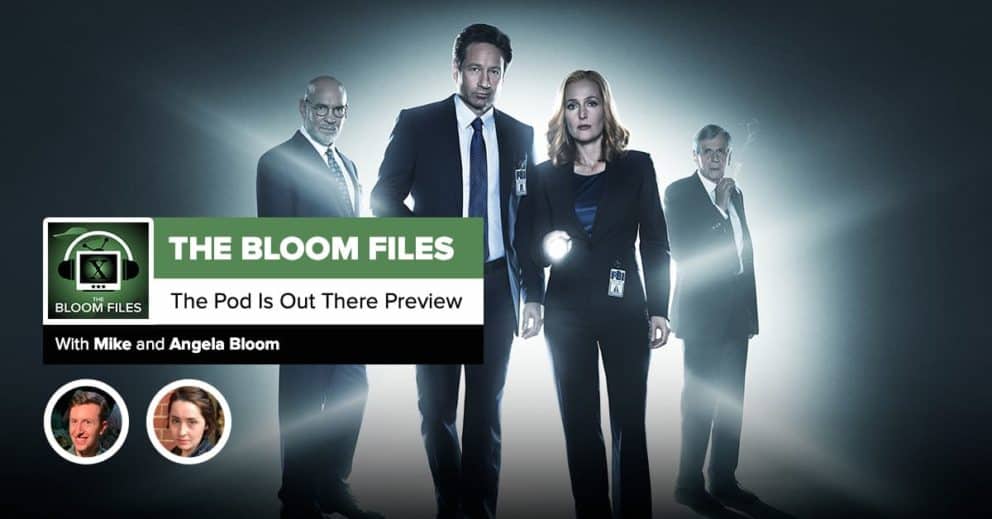 The Bloom Files | The Pod is Out There

In a new Post Show Recaps podcast, Mike Bloom (@AMikeBloomType) and Angela Bloom (@angpalaggi) start what is sure to be a strange and eventful journey through The X-Files. The seminal sci-fi series is one of Angela’s favorite shows of all time, while Mike has never seen an episode. They’ll partner up to make their way through an X-Files shortlist, looking at the episodes through the dual lens of a first watch and rewatch.

Before they dive into the series, though, Mike and Angela come together to both announce the new show and preview The X-Files. They discuss their respective histories (or lack thereof) with the show, its legacy on the TV landscape, and what odd characters and storylines they should expect to see in the weeks to come.

Whether you’re a new or returning fan to The X-Files, we hope to have you along for the ride with “The Bloom Files”! Write in your feedback for the series–and next week’s coverage of the Pilot–to [email protected] or [email protected].

About The Bloom Files…

Married couple Mike and Angela Bloom travel to the FBI basement to crack open The X-Files. Every week, the two cover a single or group of episodes of the influential sci-fi series starring David Duchovny and Gillian Anderson, which Angela has seen many times, but Mike has never. They’ll bring their different perspectives to this first watch/rewatch of Mulder and Scully’s adventures as the podcast goes hopping through the show’s first nine seasons.
Subscribe to
PostShowRecaps.com