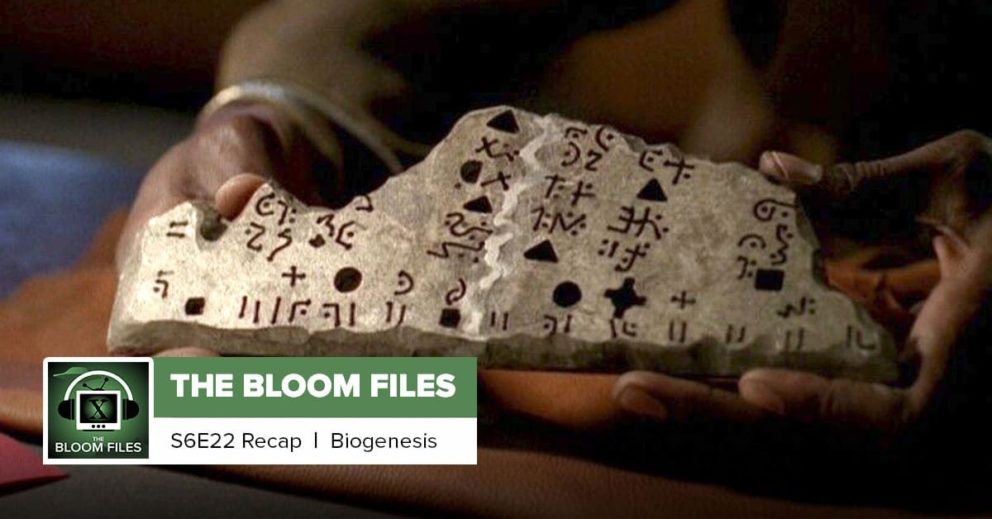 The truth is out there. In here? Who knows. But we’re opening up “The Bloom Files” to find out.
This week, Mike (@AMikeBloomType) and Angela Bloom (@angpalaggi) dig into the last two episodes of The X-Files season 6. First, Mulder and Scully take a “Field Trip” with some familiar (and gooey) faces. Then, the season wraps up in “Biogenesis,” the first episode in a three-part arc that takes us back to the beginning for some earth-shattering revelations
Next week “The Bloom Files” will be covering Season 7, Episodes 1 & 2, “The Sixth Extinction” & “The Sixth Extinction II: Amor Fati.” Write in your feedback for those episodes to [email protected] or [email protected].
About The Bloom Files…
Married couple Mike and Angela Bloom travel to the FBI basement to crack open The X-Files. Every week, the two cover a single or group of episodes of the influential sci-fi series starring David Duchovny and Gillian Anderson, which Angela has seen many times, but Mike has never. They’ll bring their different perspectives to this first watch/rewatch of Mulder and Scully’s adventures as the podcast goes hopping through the show’s first nine seasons.
Want to believe in more episodes of The Bloom Files? Here you go:
The X-Files Fight the Future & Season 6 Episode 1: “The Beginning”
Season 6 Episodes 2 & 3: “Drive” & “Triangle”
Season 6 Episodes 4 & 5: “Dreamland” & “Dreamland II”
Season 6 Episodes 6 & 8: “How The Ghosts Stole Christmas” & “The Rain King”
Season 6 Episodes 11 & 12: “Two Fathers” & “One Son”
Season 6 Episodes 13 & 19: “Agua Mala” & “The Unnatural”
Season 6 Episodes 14 & 15: “Monday” & “Arcadia”
Subscribe to
PostShowRecaps.com