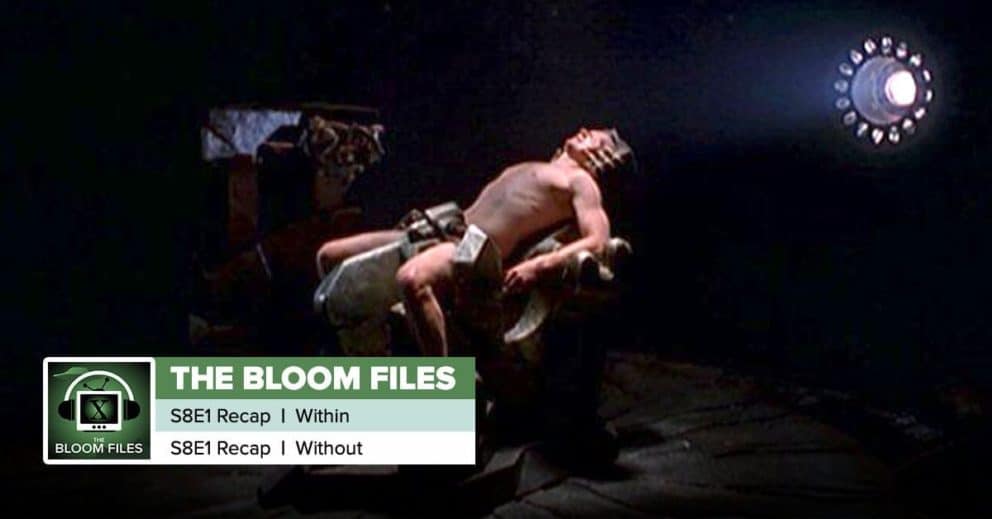 The truth is out there. In here? Who knows. But we’re opening up “The Bloom Files” to find out.
This week, Mike (@AMikeBloomType) and Angela Bloom (@angpalaggi) begin The X-Files season 8 and the era of John Doggett. “Within” and “Without” introduce the hardline new face to the show, as the mystery of Mulder’s disappearance picks up literally hours after where the last season ended.
Next week “The Bloom Files” will be covering Season 8, Episodes 5 & 13, “Invocation” & “Per Manum.” Write in your feedback for those episodes to [email protected] or [email protected].
About The Bloom Files…
Married couple Mike and Angela Bloom travel to the FBI basement to crack open The X-Files. Every week, the two cover a single or group of episodes of the influential sci-fi series starring David Duchovny and Gillian Anderson, which Angela has seen many times, but Mike has never. They’ll bring their different perspectives to this first watch/rewatch of Mulder and Scully’s adventures as the podcast goes hopping through the show’s first nine seasons.
Want to believe in more episodes of The Bloom Files? Here you go:
Season 7 Episodes 1 & 2: “The Sixth Extinction” & “The Sixth Extinction II: Amor Fati”
Season 7 Episodes 4 & 6: “Millennium” & “The Goldberg Variation”
Season 7 Episodes 3 & 8: “Hungry” & “The Amazing Maleeni”
Season 7 Episodes 10 & 11: “Sein Und Zeit” & “Closure”
Season 7 Episodes 12 & 13: “X-Cops” & “First Person Shooter”
Season 7 Episodes 15 & 17: “En Ami” & “all things”
Season 7 Episodes 19 & 20: “Hollywood A.D.” & “Fight Club”
Season 7 Episode 22: “Requiem”
Subscribe to
PostShowRecaps.com

The X-FIles See all podcasts