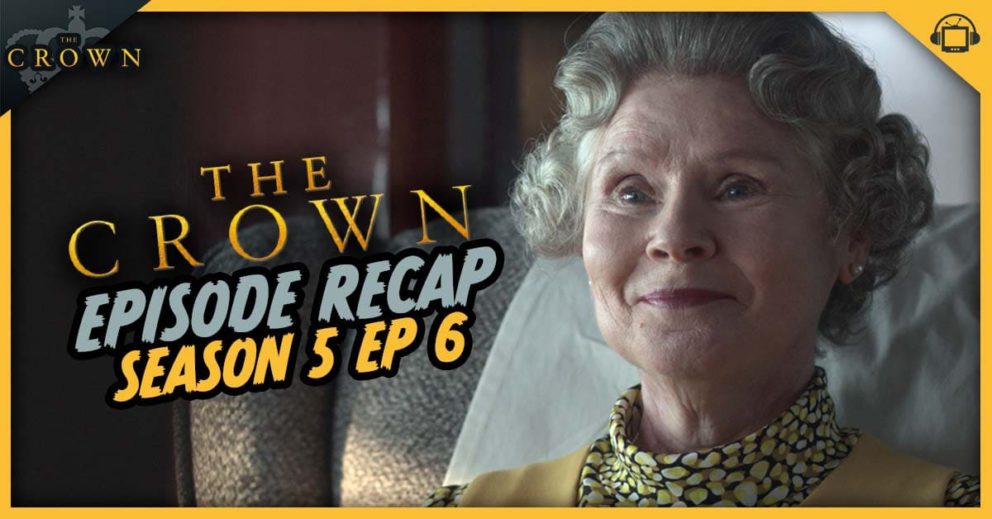 In this podcast, the hosts recap Season 5 Episode 6 of “The Crown” with special guest Stuart (@dmstooort).