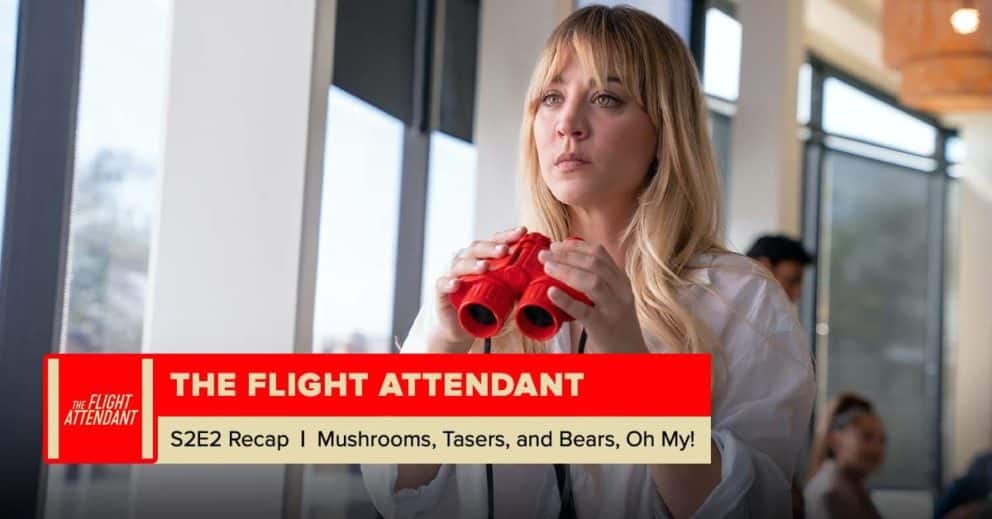 In this podcast, the hosts break down “The Flight Attendant” Season 2 Episode 2, “Mushrooms, Tasers, and Bears, Oh My!”