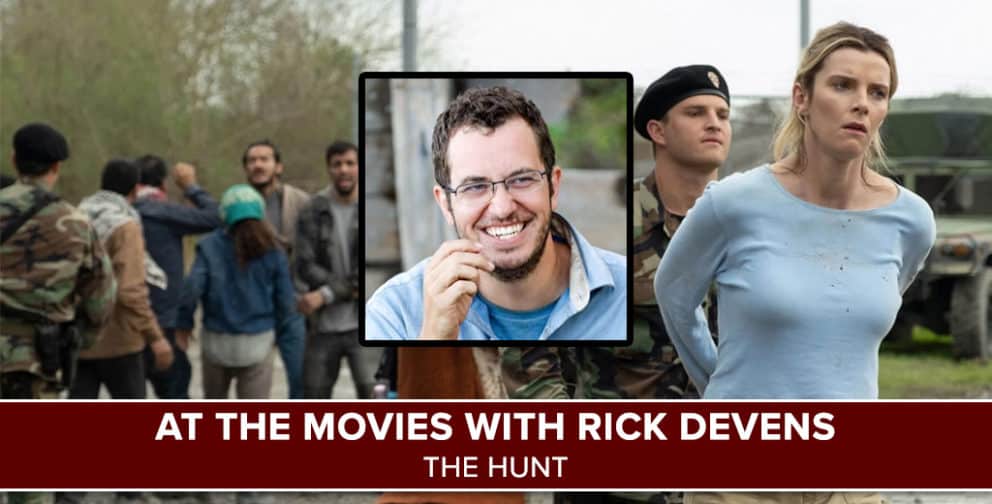 The Hunt | At the Movies with Rick Devens

Josh Wigler (@roundhoward) invites Survivor player Rick Devens (@Rick_Devens) along for a trip to the movies — no theater involved, of course — as the two veritable doubles break down The Hunt, directed by Craig Zobel and written by Damon Lindelof and Carlton Cuse.

In “At the Movies with Rick Devens,” Rick and Josh break down a different movie each time, first in spoiler-free fashion, followed by general movie talk fueled by listener feedback, and then a full-on spoiler-filled deep dive into the original film of discussion. This week, it’s all about The Hunt, with free-form conversation on subjects ranging from favorite animated movies, all things Tom Cruise, and even a little bit of a Lion King duet.

Send feedback and follow Rick and Josh on social media to find out what’s next for the podcast.