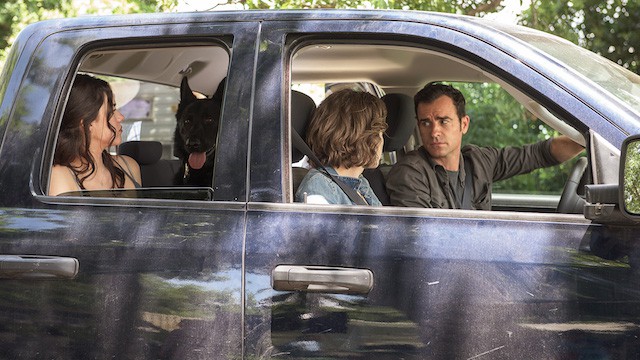 It’s time to make ourselves a family, and we’re starting by putting $3 million down on a house we’ve never seen in a town we just rolled into. Seems like the right thing to do!

Josh Wigler (@roundhoward) and Antonio Mazzaro (@acmazzaro) are back with another episode of THE LEFTOVERS podcast here on Post Show Recaps, chronicling the second hour of season two, called “A Matter of Geography.” Josh and Antonio cover everything scene by scene, including Kevin’s continued relationship with a ghostly guilty remnant, his father’s upcoming trip to Australia, Nora Durst’s decision to go all in on Miracle, the possible connections between Miracle and one of the darkest moments in history, and much more.