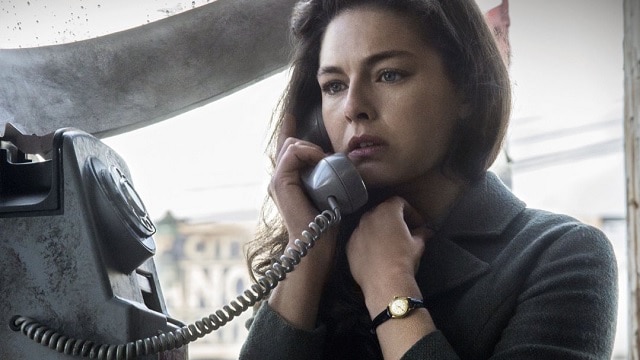 Watch out, world! THE WALKING DEAD isn’t the only show on television featuring badass aikido students!

In the ninth week of MOST SHOWS RECAPPED, Rob Cesternino (@robcesternino) and co-hosts Josh Wigler (@roundhoward) and Antonio Mazzaro (@acmazzaro) welcome back guest AJ Mass (@ajmass) to discuss THE MAN IN THE HIGH CASTLE, the new Amazon Prime series that debuted its entire first season this week. Based on a novel by Philip K. Dick, HIGH CASTLE takes place in an alternate universe where the Nazis won World War II, leading to their occupation of the United States — although a certain film tape indicates that our history might be alive and well somewhere, albeit out of reach.

In addition to talking HIGH CASTLE, the hosts also discuss some updates on past MOST SHOWS RECAPPED topics, including THE BASTARD EXECUTIONER and SCREAM QUEENS. Plus, find out all about AJ’s new podcast about THE 100, called THE DROPSHIP.

Next week’s topic will be INTO THE BADLANDS, so start catching up now!