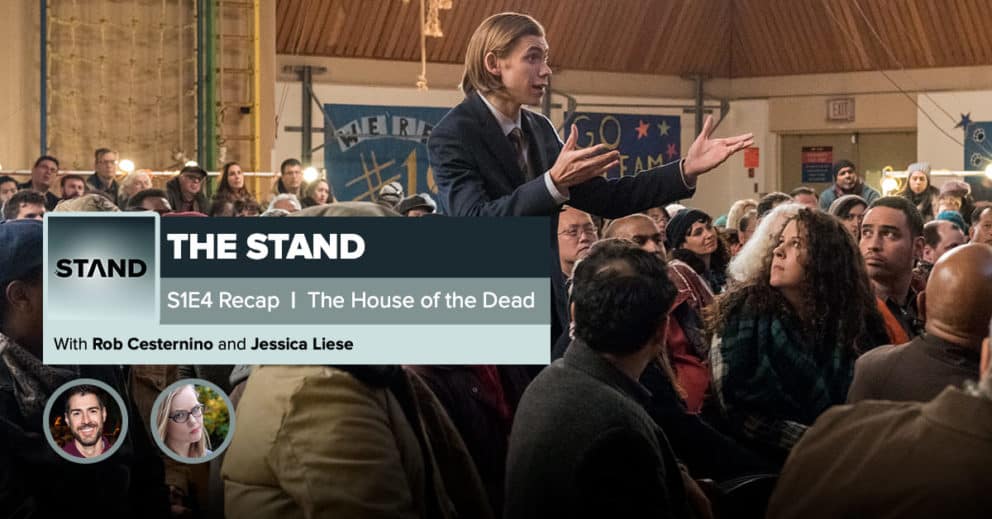 Jessica Liese (@HaymakerHattie) and Rob Cesternino (@robcesternino) had a few administrative meetings, formed a committee, and got the power back on just in time to bring you coverage of “The Stand,” episode 4, “The House of the Dead.” They’ll discuss who’s getting the purple edit, which casino Flagg might be picking as his headquarters, which characters could (and could not) be gender-flipped, who in 2020 is still wearing suspenders, and Nadine and Harold’s mutual lack of game.

In the second half of the podcast, Jess talks to award-winning author Meg Elison (@megelison) whose 2014 debut novel “The Book of the Unnamed Midwife” is heavily influenced by “The Stand.” They’ll discuss Meg’s favorite individual scenes and characters, her lifelong love of Stephen King and apocalypse fiction, the sometimes problematic aspects of the text, the ways in which Nick Andros’s character could better represent the Deaf community, and the direction Meg hopes the new Stephen King-penned ending will take. (And also Jess’s favorite topic, the sexiness of Randall Flagg.)