Watch the Show on YouTube   –   RSVP for the Event

Rob Cesternino is joined by co-host, Josh Wigler, to recap episode 4 of The Strain: “It’s Not for Everyone”.

The show starts with Rob asking about Josh’s reaction to the transformation that happened with Gabriel in last week’s episode and he thought it was silly and wonderful.  While a lot of time was spent on Gabriel last week, much time is spent on Ansel in this week’s episode.  Josh is fully endorsing the “where’s the pilot’s penis?” flashback episode.

Eph and Abraham are finally on the same page.  Now Eph’s finally hooked up with the vampire slayer.  Josh imagines this is where we should be headed.  Josh is also hoping to see more of the Nazi Eichorst.  He adds that being a vampire and a Nazi would be the most terrifying combination.

Dr. Nora seems to be drifting away from Eph’s cause since she says can’t bring herself to kill innocent people and Josh finds this frustrating considering that she was the first person who urged the squad to talk to Abraham and explore the possibilities and that she even survived two vampire attacks.  And now that she’s no longer on board in doing what needs to be done just seems weird based on where she started.

Josh thinks the show is super fun, gnarly, and really disgusting.  It can be very funny but it also has got moments of intense drama.

And now, for Wigler’s Wig Watch:  Josh thinks we need to get used to it.  We can’t get obsessed over it otherwise we’d go crazy.  Rob says any time Corey Stoll’s hair is messed up, it’s interesting to look at.

Ansel has been going through some changes as well as his wife, Annie.  He has the foresight to get his wife and kids out of the house and she sends her away but asks her to leave Gertie with him.  Rob wonders why dogs have to be killed in all serialized dramas.  Josh suggests that it’s because we care about dogs more than we care about people so it’s a way of making us feel bad.  A good move to punch us in the gut.

When Annie comes home, she found the dog lying dead and she does this eulogy.  Rob feels Annie has got some mental issues.  She heads to the shed and finds Ansel.  Ansel says the voices in his head are telling him to eat his wife if she doesn’t leave.  Josh guesses the Master can speak to all of them.  Josh thinks Ansel and Gabe (the ones who survived the plane crash) are of higher order than those vampires at the morgue.  Then Trip Taylor enters the scene and Rob thinks this is a little over the top.

The autopsy scene was a fun one.  Eph’s motivation for not getting anybody else involved in the situation is that he is just not trusting anybody because nobody believes him.  The top three things from  the autopsy that grosses out Josh are: the lack of genitalia, removing the six-foot python of a tongue, and fart and ammonia.

That scene of Eph punching Jim in the face is a little weak for Josh because just one punch for a guy who ended human civilization is just not enough justice.  Although Josh imagines a horrible demise is in Jim’s future.  He is sympathetic to a degree but he has to redeem himself by throwing himself in front of a vampire.

Gus returns and Rob thinks he is not connected to anything that’s interesting at this point.  He goes around stealing cars.  What’s going on here? This left Josh wondering although Rob thinks Gus is headed to a direction where Gus would be a part of the Justice League, along with Eph and Abraham.

At this point, Josh is marking all supporting characters on the show for death and he thinks this is enjoyable.  And Sean Astin is 100% on that list.

What happened to Eldritch Palmer meeting the master is left blank right now.  It doesn’t seem that he became immortal because he was needing surgery in this episode so obviously he didn’t get what he wanted.  Rob thinks it’s smart that they brought in Dutch Velders.  A good job to knock out the Internet.  Rob isn’t sure what role Secretary Pierson has.  Josh says she is Palmer’s mole.

Rob and Josh take in some questions.

Josh gives his Death Power Rankings.  Josh really thinks everybody except the main characters has to die pretty quickly.

Josh gives the Most Annoying Award to the AA meeting.  The joint custody scene wasn’t great either but the AA meeting wasn’t necessary.  The Gus storyline is a contender as well.

So who do you think would be the members of the “Justice League”? The hosts are guessing Eph, Abraham, Gus, and Vasiliy.  Nora perhaps or Sean Astin but still, Josh is guessing he’s gonna be toast. 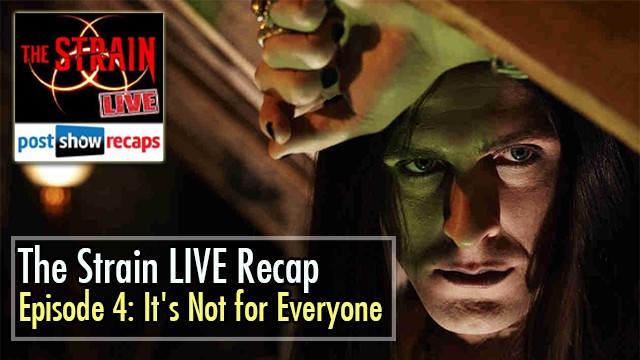