Rob Cesternino and Josh Wigler recap The Walking Dead Season 4, Episode 13: Alone. Join us LIVE to ask us your questions after the episode. In this episode, Rob and Josh try to get to the answers to the following issues raised by the episode:

Be sure to join us for our next podcast, recapping the first season of 24 as Rob and Josh prepare for the premiere of 24 Live Another Day in May. 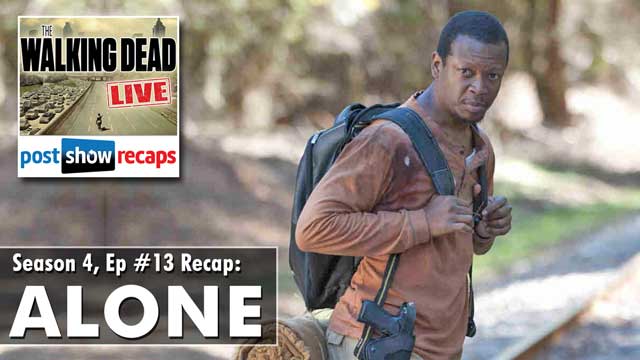