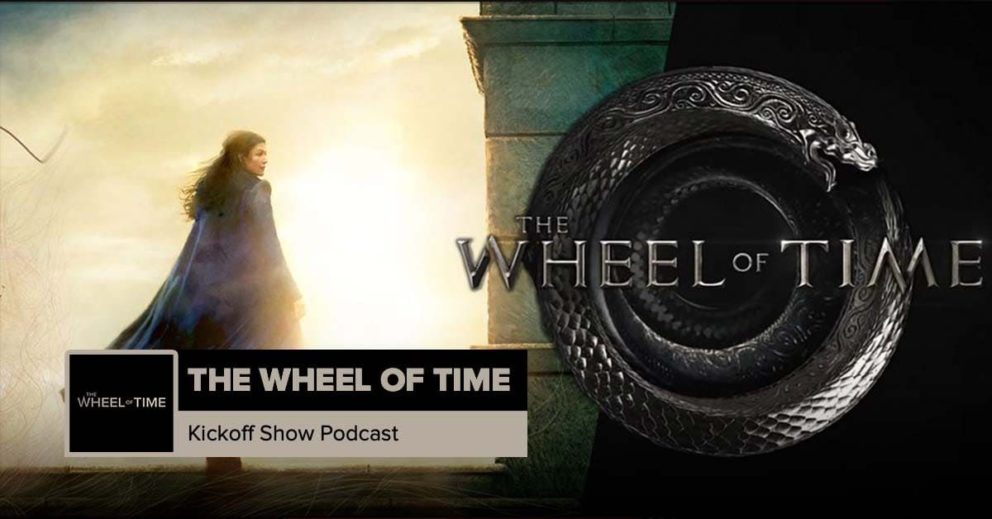 ‘The Wheel of Time’ Kickoff Show

“Game of Thrones” is over, but Post Show Recaps is returning to the fantasy television space with a brand new podcast all about “The Wheel of Time,” premiering November 19 on Amazon Prime.

Based on an epic novel series from the late author Robert Jordan, “The Wheel of Time” weaves a complex story filled with monsters and magic. The show comes equipped with a powerful cast led by Rosamund Pike, and an equally strong creative team led by showrunner Rafe Judkins, late of “Chuck” and “Agents of S.H.I.E.L.D,” not to mention his run as a contestant on “Survivor.”

Josh Wigler (@roundhoward) returns from the “Game of Thrones” trenches to trade Westeros for “Wheel of Time,” alongside co-host Rich Filiberto, better known across the internet as @DMFilly. Josh has read the first book in the “Wheel of Time” series, while Rich has read the entire saga all the way through, and is currently closing in on his second round with the books. This podcast will keep things spoiler-free for folks who have not encountered the books at all, let alone read them.

In this first episode of the “Wheel of Time” podcast, Josh and Rich announce their plans for covering the series, the ways in which it stands apart from “Game of Thrones” and yet cannot help but suffer some comparisons, and much more.

Next week, Josh and Rich will discuss characters and world-building elements ahead of the three-episode premiere, and they will also answer listener feedback questions. Send your feedback into [email protected].
Support Post Show Recaps by going to patreon.com/postshowrecaps.
Subscribe to
PostShowRecaps.com