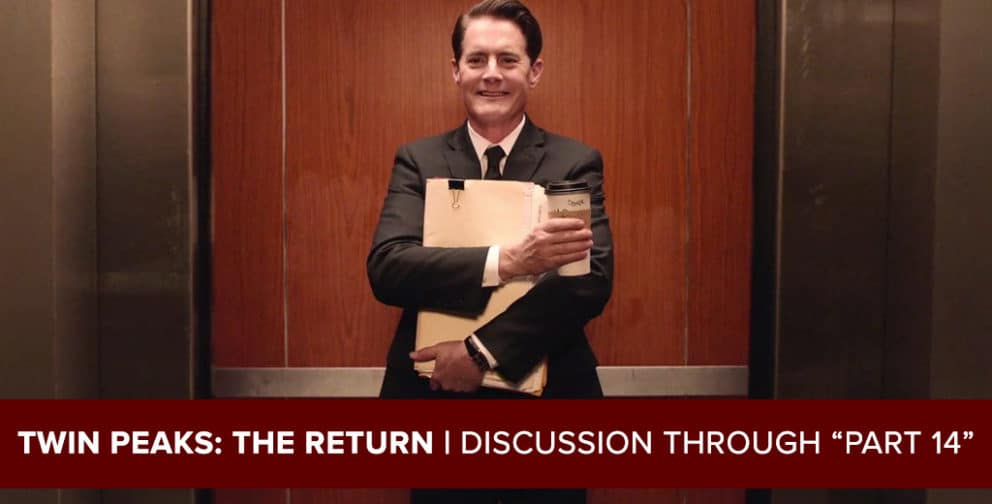 Gotta light? No? Well, at least you have a podcast!

At long last, Josh Wigler (@roundhoward) and AJ Mass (@AJMass) have joined forces to discuss TWIN PEAKS: THE RETURN, the Showtime revival of David Lynch and Mark Frost’s classic series. The pair discuss the way the new Twin Peaks is breaking expected storytelling format conventions, how the series uses darkness and sound (or lack thereof) to move viewers, the spinning wheels of the Twin Peaks townspeople, the highs and lows involved in the two versions of Agent Cooper, and much more.

Warning: this podcast features full spoilers through the first 14 episodes of TWIN PEAKS: THE RETURN, and wastes little time getting into the matter. This isn’t a set-up for people who are interested in getting into Twin Peaks. It’s designed for the people are already indoctrinated in the Blue Rose of it all. Please enjoy accordingly, ideally with a hot cup of coffee and a nice slice of cherry pie.

Josh and AJ will return with at least one more TWIN PEAKS podcast once the series wraps, if not another show or two beforehand, if schedules align.