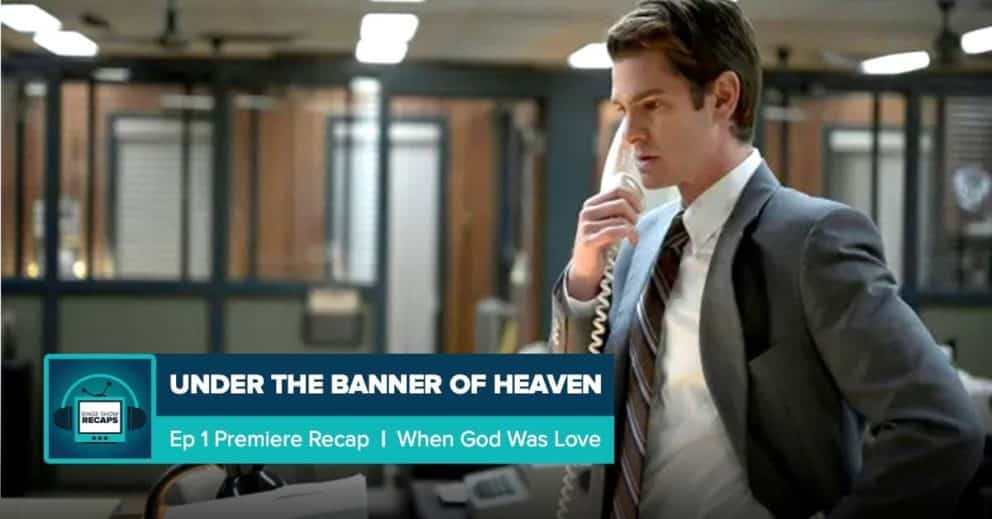 Under the Banner of Heaven | Premiere Recap, ‘When God Was Love’

Post Show Recaps presents coverage of ‘Under the Banner of Heaven’ the Hulu true crime miniseries created by Dustin Lance Black, based on the nonfiction book of the same name by Jon Krakauer. The story follows a police detective whose faith is shaken when investigating a murder seems to involve The Church of Jesus Christ of Latter-day Saints.

Hosts Grace Leeder (@hifromgrace) and Filly (@DMfilly) will recap two episodes a week until they catch up.

In this episode, the hosts recap the premiere of “Under the Banner of Heaven,” “When God Was Love.”

Never miss an episode of “Under the Banner of Heaven,” or any other coverage of streaming and binge-model series, by subscribing to our Binge Show Recaps feed at postshowrecaps.com/binge