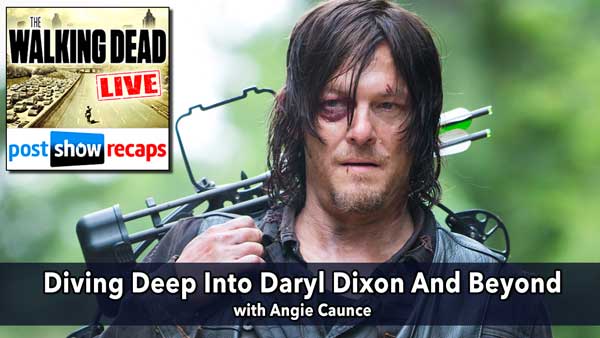 What’s next for Rick Grimes and his gang as they settle into Alexandria? We won’t know until season six of THE WALKING DEAD premieres in October, but in the meantime, there’s plenty of zombie mayhem to feast upon.

While we’re in the summer off-season, Josh Wigler (@roundhoward) catches up with Angie Caunce (@angiecaunce), the architect of the WALKING DEAD DEEP DIVE series here on Post Show Recaps. Angie talks about her findings during her extensive study of Daryl Dixon, the crossbow-wielding badass played by Norman Reedus, and other musings on what she considers her favorite show on television right now.

After listening to the podcast, watch her videos all about Daryl and the various themes embedded throughout the AMC series: