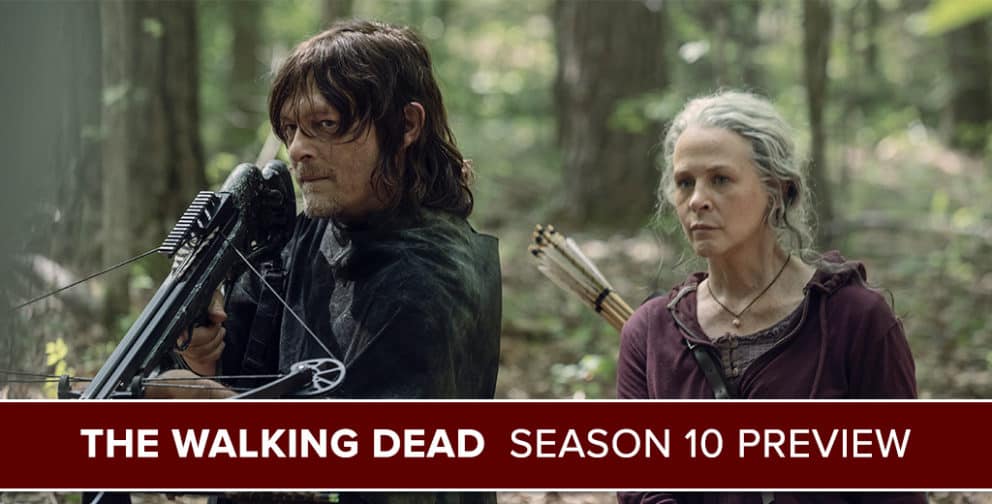 Josh Wigler (@roundhoward) and Jessica Liese (@HaymakerHattie) pick their heads back up off the stakes and return to the world of the dead. Today, Josh and Jess bring you a preview of The Walking Dead‘s 10th season before it kicks off next week.

In their first podcast for the new season of The Walking Dead, Josh and Jess offer an overview of what to expect from season ten, the first full season in franchise history without Andrew Lincoln as Rick Grimes. It’s also the final season for Danai Gurira as Michonne, as the longtime star of the series is set to say farewell at some point in the episodes ahead. In her wake, the two most enduring faces of the franchise: Norman Reedus as Daryl Dixon and Melissa McBride as Carol Peletier, the only two season one veterans remaining.

How will The Walking Dead part ways with Michonne, and what does her inevitable exit mean for characters like Judith (Cailey Fleming) moving forward? Has Walking Dead finally earned some redemption for Negan (Jeffrey Dean Morgan) after a full season in jail? Will the war with the Whisperers look meaningfully different from other conflicts in Walking Dead history? Josh and Jess take on those questions and more, plus listener feedback and a full-on comic book zone, in The Walking Dead season 10 preview: their first podcast of the season.