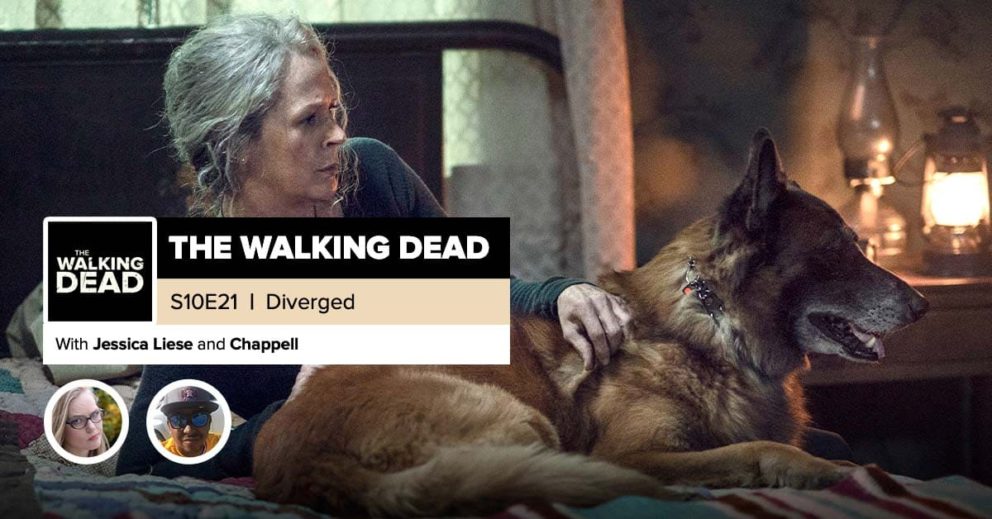 It’s the penultimate episode of season 10, and Jess (@HaymakerHattie) and Chappell (@Chappells_Show) have a great recap simmering for you. This look into the everyday lives of Daryl and Carol may have been a little light on action, but just as Carol can scour the forest and find the ingredients to concoct a delicious meal, Jess and Chappell will make a meal out of this podcast. Find out how they reacted to the one genuinely suspenseful moment in this episode, what odd thing Daryl did that he should be doing every week, which other characters could carry a whole episode just by making soup, and what The Walking Dead needs to do in order to wrap up the series in a satisfying way.

Warning: this podcast contains a light spoiler for the season finale (albeit nothing you wouldn’t have seen in the previews for next week) as well as spoilers for the Walking Dead comics, “Six Feet Under,” “Grey’s Anatomy,” “Friends,” “Modern Family,” “Parks and Recreation,” “The Office,” “Game of Thrones,” and “This is Us.” Arguably also “Babe.”