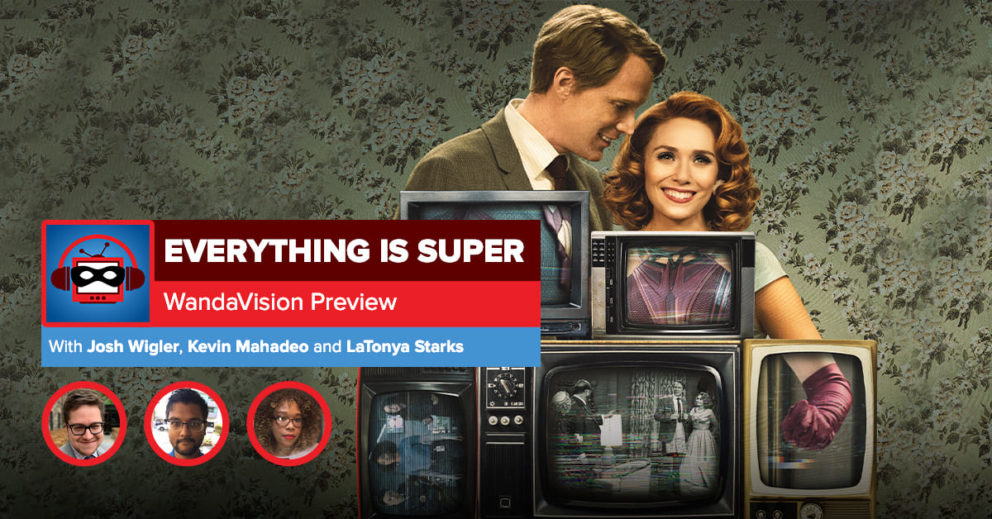 In their first podcast, Josh, Kevin and LaTonya preview “WandaVision.” They discuss Wanda Maximoff’s journey through the MCU thus far and how it may extend out to the rest of the franchise, particularly with her appearance in “Doctor Strange in the Multiverse of Madness” already announced. They also answer listener feedback and make predictions for cameos from the series.

Next week: “WandaVision” premieres! Josh, Kevin and LaTonya will be here every Monday recapping the series, beginning with the first two episodes.

Wonder Woman 1984 | Everything is Super

Wonder Woman | Everything is Super

“Spider-Man: Into the Spider-Verse” | Everything is Spider-Man