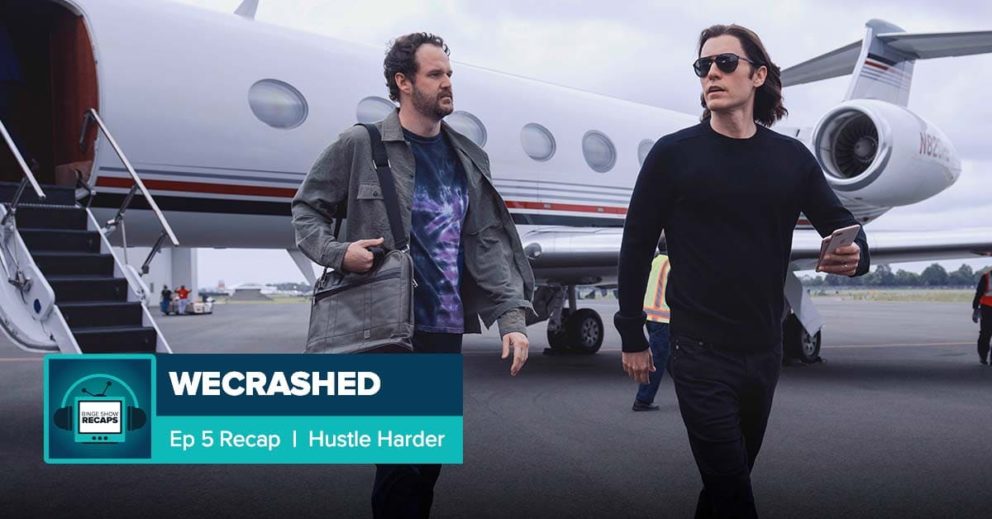 Post Show Recaps presents coverage of “WeCrashed,” the Apple TV+ dramatization of the true story of the rise and fall of WeWork and its founding couple, Adam and Rebekah Neumann. Brooklyn Zed (@hardrockhope) is joined by co-hosts Doctor Amanda (@DrAmandaR) and DJ LaBelle-Klein (@djlabelleklein) to break down the politics, economics, and influence(r culture) of each episode.

“WeCrashed” stars Jared Leto as WeWork founder Adam Neumann and Anne Hathaway as his wife Rebekah, following their story from whirlwind meeting in 2007 through the growth and supernova startup success of WeWork to the ultimate failure of the company’s IPO and the Neumann’s ouster from the company in 2019.

On this podcast, the hosts recap episode 5 of “WeCrashed,” ‘Hustle Harder.’

Never miss an episode of “WeCrashed,” or any other coverage of streaming and binge-model series, by subscribing to our Binge Show Recaps feed. Get the RSS link at postshowrecaps.com/binge