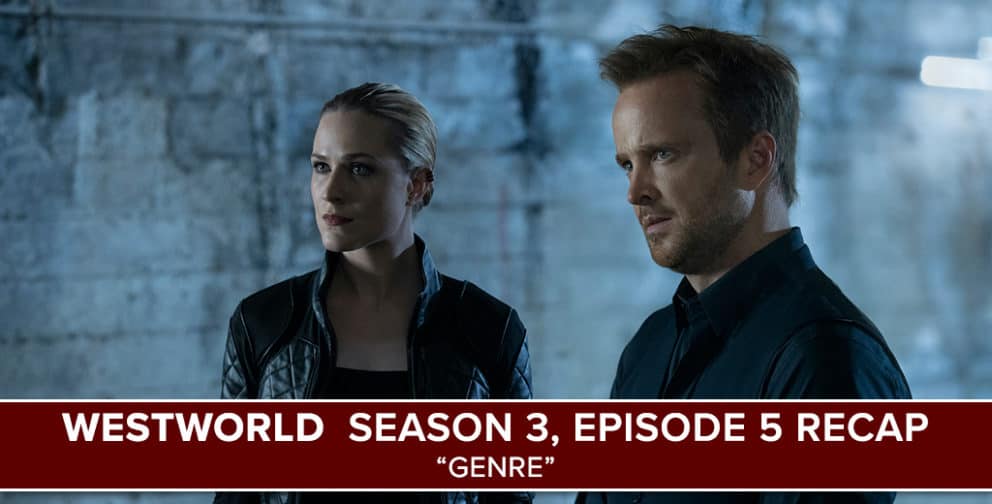 In “Genre,” Aaron Paul’s Caleb experiences life through the lens of the titular drug, meant to make him see the world through different film genres. How does that work? Josh and Jo weigh in. Plus, they talk about the aftermath of Dolores’ plan, what it may mean as season three barrels into its endgame, and whether or not the full series’ endgame may be closer than we know.

Josh and Jo will be back next week to talk season three, episode six, “Decoherence.” Check out THR.com/Westworld for all of Josh’s Hollywood Reporter coverage of the series, including the Series Regular podcast as well as interviews with creators Jonathan Nolan and Lisa Joy, star Thandie Newton, and more.