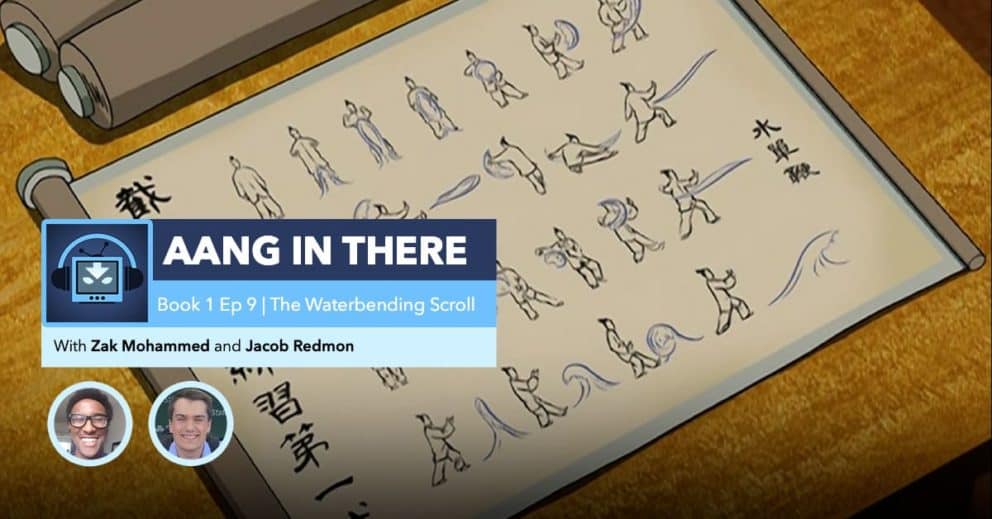 Zak Mohamed (@Zakmohamed32) and Jacob Redmon (@jkredmon) steal from pirates in the ninth episode of Avatar: The Last Airbender!

Zak and Jacob do the water whip in the ninth episode of season one, “The Waterbending Scroll.” They talk through the episode and discuss ruby monkeys, trades, and all sorts of fancy splashes! After the recap, they go through listener feedback and do their episode and battle rankings. Finally, they sort the Scooby Doo humans into bending types.

“The Waterbending Scroll ” was directed by Anthony Lioi and written by John O’Bryan. It originally aired on April 29, 2005.