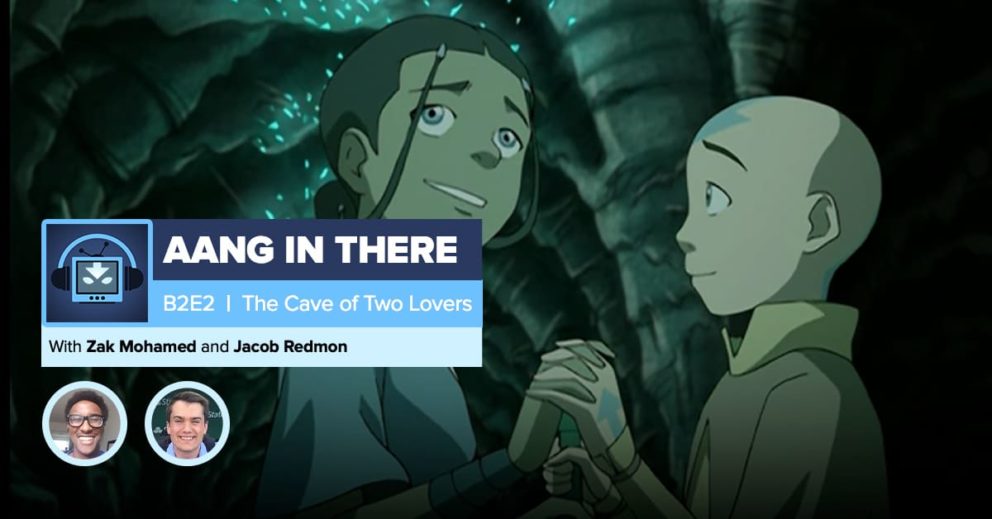 AANG IN THERE: Book 2 Episode 2 “The Cave of Two Lovers”

Zak Mohamed (@Zakmohamed32) and Jacob Redmon (@jkredmon) escape a labyrinth with the power of love as they recap Book 2 Episode 2 of Avatar: The Last Airbender! They compare this hippie crooner Chong to Bob Dylan, and question whether the team truly needed the power of love to escape this cave, plus so much more!

Next week, Zak and Jacob will sort the 4 best members of team Iron Man(the man of Iron himself, Black Panther, Black Widow, and Spider Man) into bending classes.

AANG IN THERE: Avatar The Last Airbender Book 1 Recap