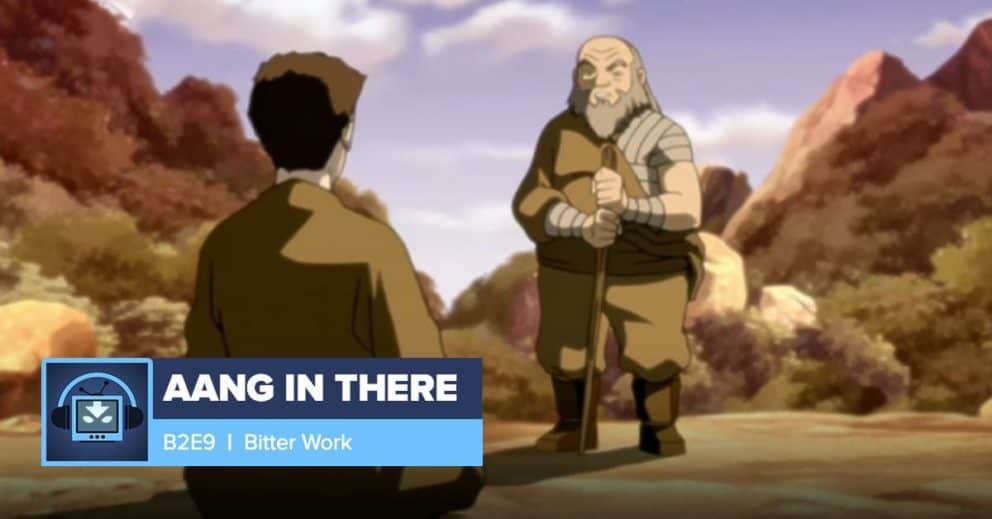 Zak Mohamed (@Zakmohamed32) and Jacob Redmon (@jkredmon) are back! After a long freeze in the iceberg, Zak and Jacob are together again to recap Episode 9 of Book 2 of Avatar: The Last Airbender. Zak and Jacob have fun along the way as they discuss coaching philosophies, Lightning bending, and Zuko’s teen brooding energy. Together they recap the episode and jump into episode rankings, battle rankings, and listener feedback. They also talk about Avatar news!

AANG IN THERE: Avatar The Last Airbender Book 2 Episode 8: “The Chase”

AANG IN THERE: Avatar The Last Airbender Book 2 Episode 6 “The Blind Bandit”