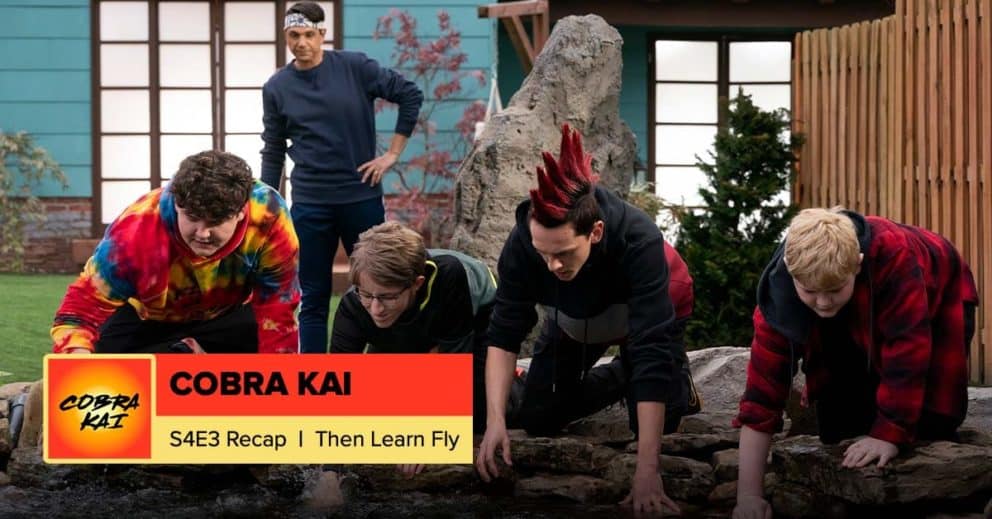 In this podcast, Josh recaps “Cobra Kai” Season 4 Episode 3, “Then Learn Fly,” with special guest DM Filly (@dmfilly) of the “Wheel of Time” and “Book of Boba Fett” podcasts.