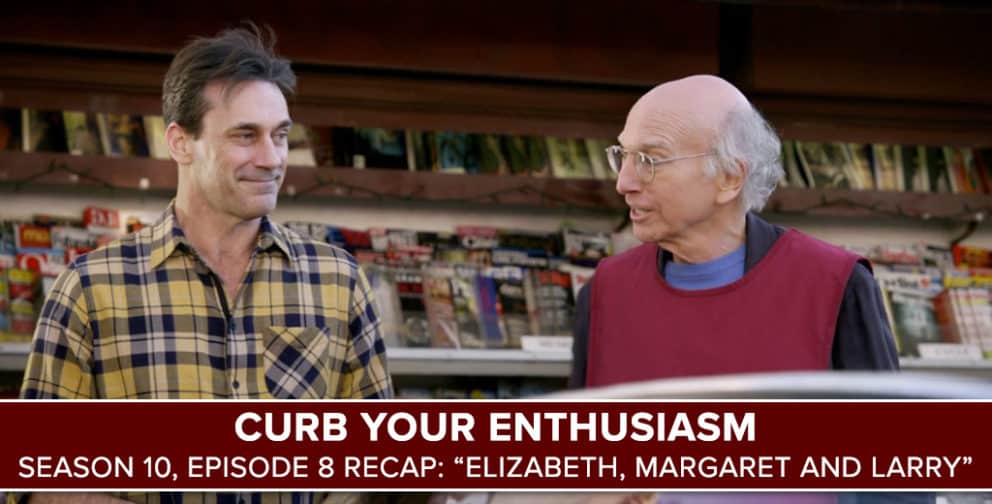 Rob Cesternino, Akiva Wienerkur, and Josh Wigler are joined by special guest Ali Lasher to recap season 10, episode 8 of HBO’s Curb Your Enthusiasm, entitled “Elizabeth, Margaret and Larry.” The story was written by Larry David and Jeff Schaffer and was directed by Jeff Schaffer.

According to HBO’s description, the episode was about: “A prominent actor shadows Larry to prepare for an upcoming role. Larry meddles in the sale of Cheryl’s sister’s house, helps Leon grow a new business and stirs up trouble at a dinner party hosted by Richard’s girlfriend.”

Curb Your Enthusiasm See all podcasts