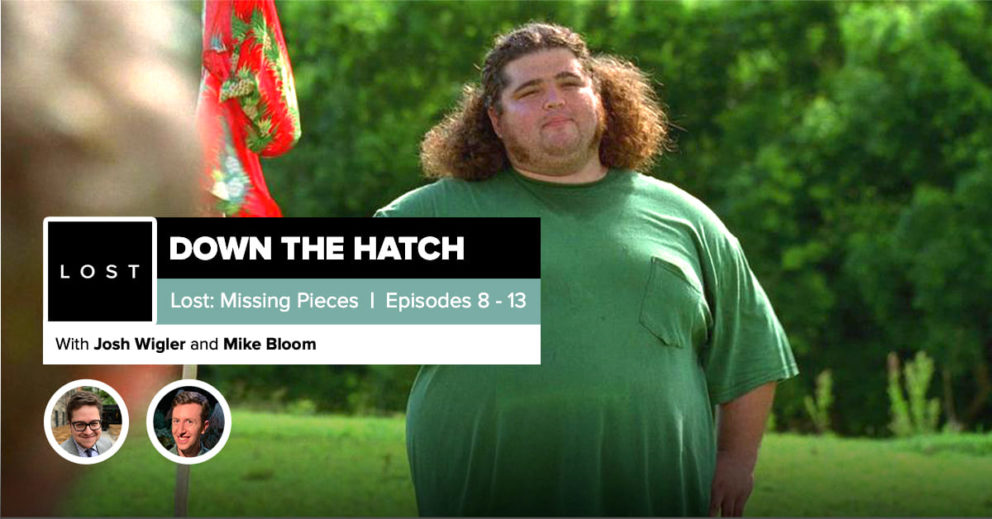 Josh Wigler (@roundhoward) and Mike Bloom (@AMikeBloomType) conclude their search for “Missing Pieces.” The second of a two-part series between seasons three and four, Josh and Mike run down the “Missing Pieces” webisodes, ancillary LOST content that aired in 2007 and 2008. In this podcast, Josh and Mike go through the final six webisodes and determine which ones are “going to Guam” and which ones should be “killed with fire arrows.” Plus, Mike investigates the LOST Magazine, and the duo look ahead toward season four!

EPISODE 11 – Jin Has a Temper-Tantrum on the Golf Course

Centric: Vincent (and the Man in Black?)

Lost: Down the Hatch | Season 3 Finale: “Through the Looking Glass”