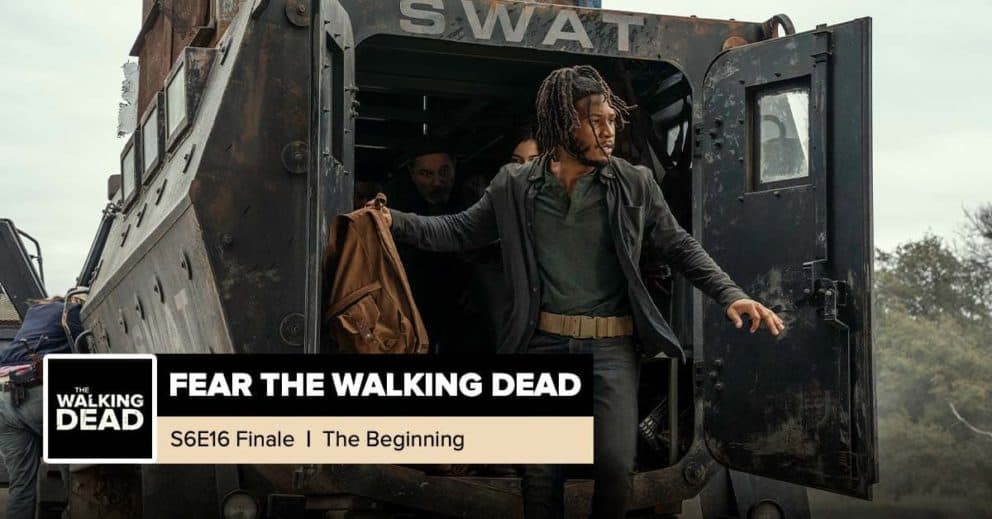 Season 6 of “Fear the Walking Dead” has gone out with a bang, but somehow Jess (@HaymakerHattie), Chappell (@Chappells_Show), and AJ (@AJMass) have all survived to tell the tale. As they recount the events of the season finale, they’ll talk about which characters they actually still care about, what intriguing plot twists the writers apparently chickened out on at the last minute, how they would have rescued Baby Morgan, why this show has no idea how to resolve loose ends, and where they’d like things to pick up in season 7. They’ll also give a rundown of what’s next in the universe of “The Walking Dead” (Season 11 of the flagship premieres on August 22).

We couldn’t put this podcast to bed without spoiling a few other shows for you, so be warned that this podcast spoils major or minor plot points of “Finding Nemo,” “Titanic,” “Good Will Hunting,” “Three’s Company,” “Independence Day,” “The Mandalorian,” “Game of Thrones,” and the “Harry Potter” series.