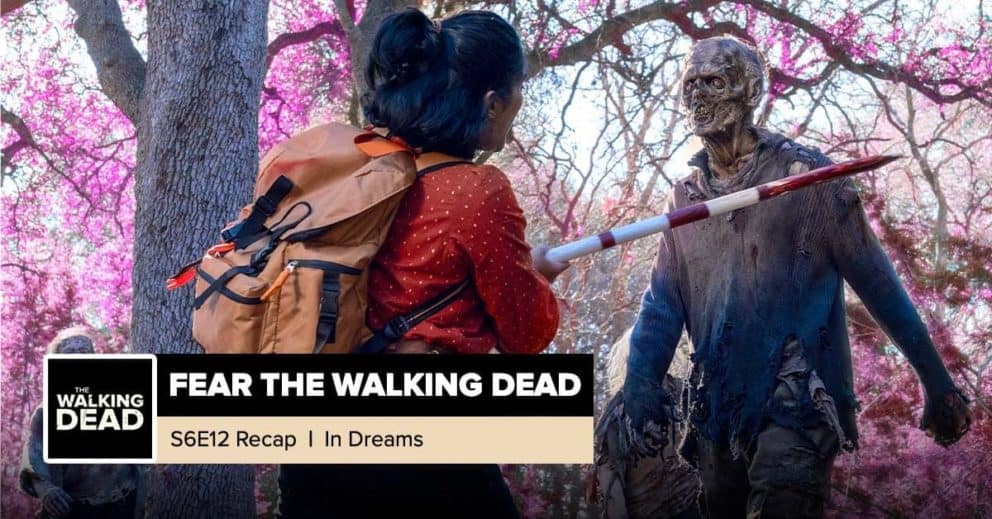 No, it’s not a dream, you really are listening to the the Post Show Recaps coverage of “Fear the Walking Dead”‘s latest episode! Here to break down everything that happened in Season 6, Episode 12, “In Dreams,” is the dream team of Jessica Liese (@HaymakerHattie) and guest co-host AJ Mass (@AJMass). They’ll try to pinpoint when exactly they knew the episode’s big twist was coming, decide which Roy Orbison song might have been a better fit for the theme (and which songs you should never put on a mix tape for your unborn child), discuss whether the actual future we’ll get will necessarily have to be the exact opposite of everything we saw in the fake future, and trade their favorite time-travel-media moments that are gut-wrenching to parents.

Warning: this podcast does spoil the name of one guest star on next week’s “Fear the Walking Dead,” and it also spoils plot elements of “The Walking Dead” proper, “Blue Velvet,” “Happy Gilmore,” “LOST,” “Dexter,” “Call the Midwife,” “Offspring,” “Star Trek: The Next Generation,” “Star Trek: Voyager,” “About Time,” “Journeyman,” and “Wayne’s World.”

Fear The Walking Dead World Beyond | Week 11
Subscribe to
PostShowRecaps.com