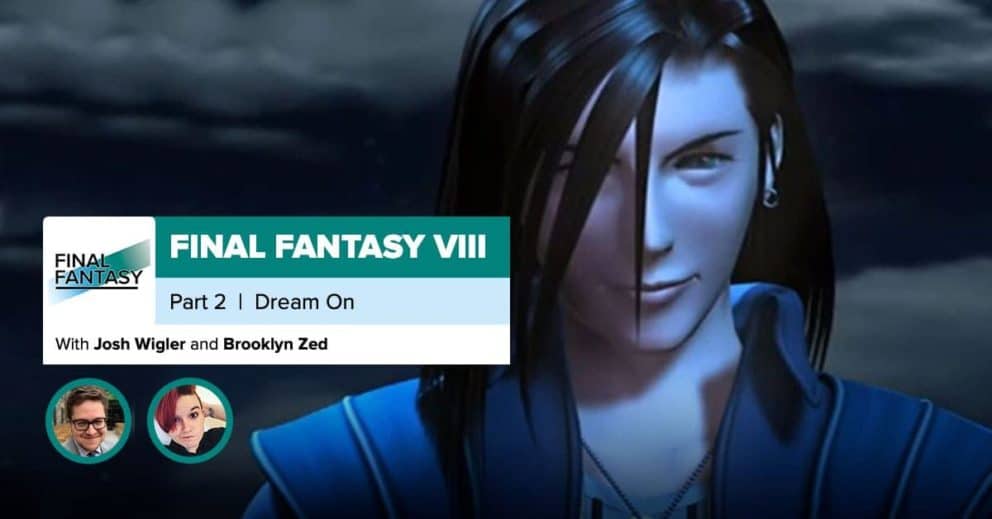 Josh Wigler (@roundhoward) and Brooklyn Zed (@hardrockhope) are junctioning themselves to a new Final Fantasy experience: FF8.
Post Show Recaps presents “Final Fantasy,” a very creatively named podcast series in which Josh introduces his friend Zed to the best video game series of all time. Best, of course, is a relative term …
Following their deep-dive into all things FF7, Josh and Zed now embark on “Final Fantasy 8.” In FF8, the player assumes the role of brooding bad boy Squall Leonhart and his fellow members of SeeD: students at the local Garden by day, globe-trotting soldiers by … also day. It’s one of the more controversial installments in “Final Fantasy,” but as the successor to FF7, it’s the next natural step for Josh and Zed’s tour through the series. So draw some magic, don’t forget to junction a Guardian Force, and get ready for a ride.
In this week’s podcast, Josh and Zed are now full-fledged members of SeeD. Now what? Well, now it’s time for their first official mission, helping a group of resistance fighters in the town of Timber — and on the way, they launch into a deep slumber and meet a brand new group of folks, including Laguna Loire, the Man with the Machine Gun.
If you want to play along while you listen to the podcast journey, “Final Fantasy VIII” is available on various platforms: Nintendo Switch, PS4, Steam and even the original PSX version, assuming you, like Zed, still have an old-school system.