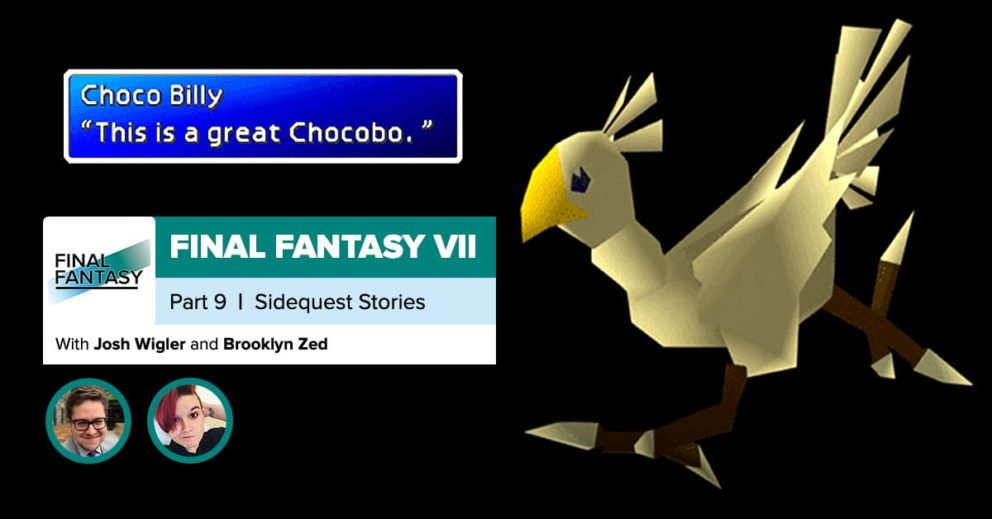 In this week’s podcast, Josh and Zed embark on all the game’s additional bells and whistles. It’s the sidequests podcast! Zed takes on more sidequests than you can shake an Ultima Weapon at all, and walks both Josh and the listener through their experience. This is all in service of what’s coming next week: the final push through “Final Fantasy VII.”
If you want to play along while you listen to the podcast journey, “Final Fantasy VII” is available on various platforms: Nintendo Switch, PS4, Steam and even the original PSX version, assuming you, like Zed, still have an old-school system.
Of course, there’s also “Final Fantasy VII Remake,” the next gen spin on the classic game which was released in 2020. Wigler and Ken Hoang hosted podcasts about that game; find them here.