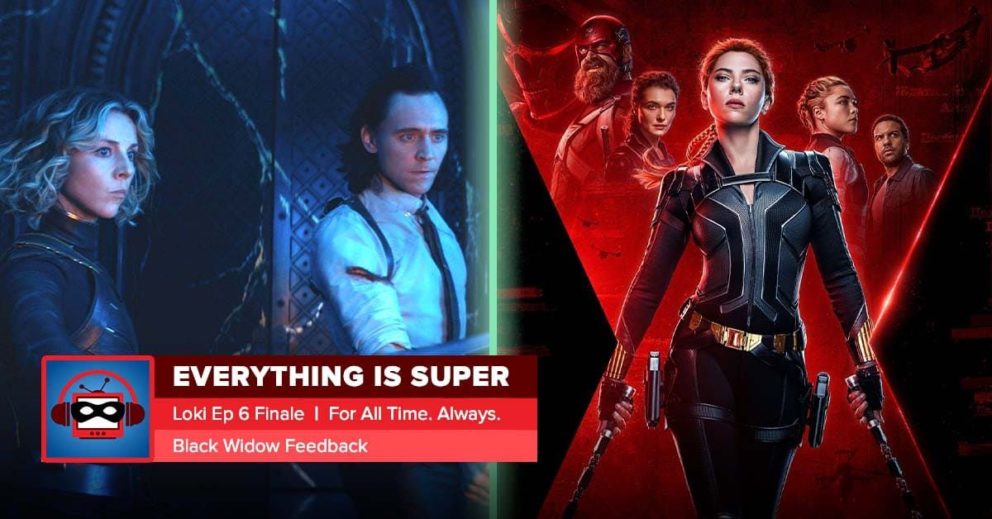 Josh Wigler (@roundhoward) and Kevin Mahadeo (@kevmahadeo) are talking Loki, the Disney+ Marvel series all about the God of Mischief. This week, with Josh away at a citadel chomping on an apple, Mike Bloom (@AMikeBloomType) returns to break down the game-changing finale of Loki season 1, “For All Time. Always.”

Then, the two discuss Black Widow, the first MCU movie release in 2 years that recently arrived in theaters and Disney+ on July 9. They get into their overall thoughts on the film, characters old and new, and what it may mean for Phase Four and the MCU at large.

Next week, Josh and Kevin will be doing a feedback/wrap-up show for both Loki and Black Widow. Get in your overall thoughts, as well as Infinity Stone ratings for Black Widow, by emailing [email protected].