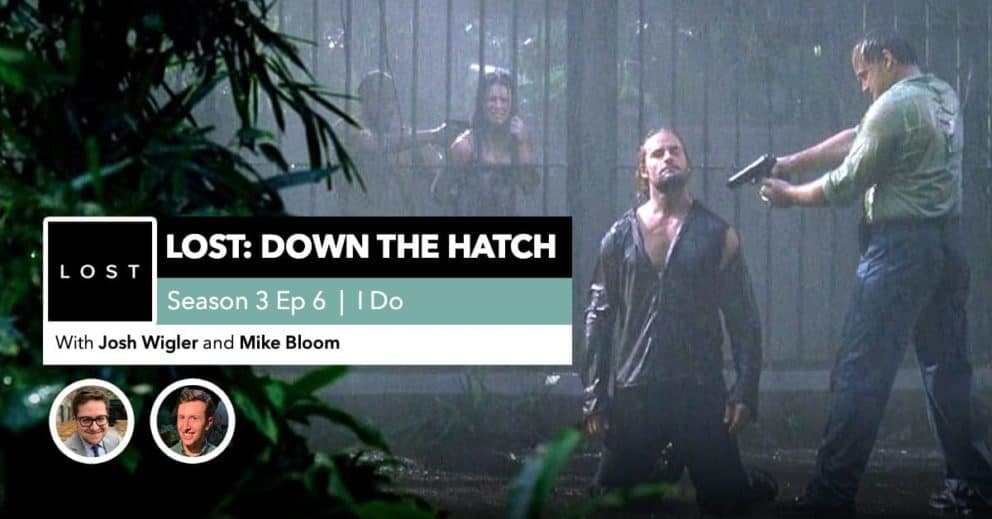 Josh Wigler (@roundhoward) and Mike Bloom (@AMikeBloomType) think about what’s best for MONICA as they both say “I Do.”
This week on Down the Hatch, Josh and Mike dig into season three’s sixth episode, and the first one centering on Kate Austen. It contains one of the most memorable cliffhangers in the show’s history, not to mention a very strange Nathan Fillion appearance. Josh and Mike dig into all of that and more.
About Down the Hatch …

LOST: Down the Hatch | Season 3 Episode 4: “Every Man For Himself”