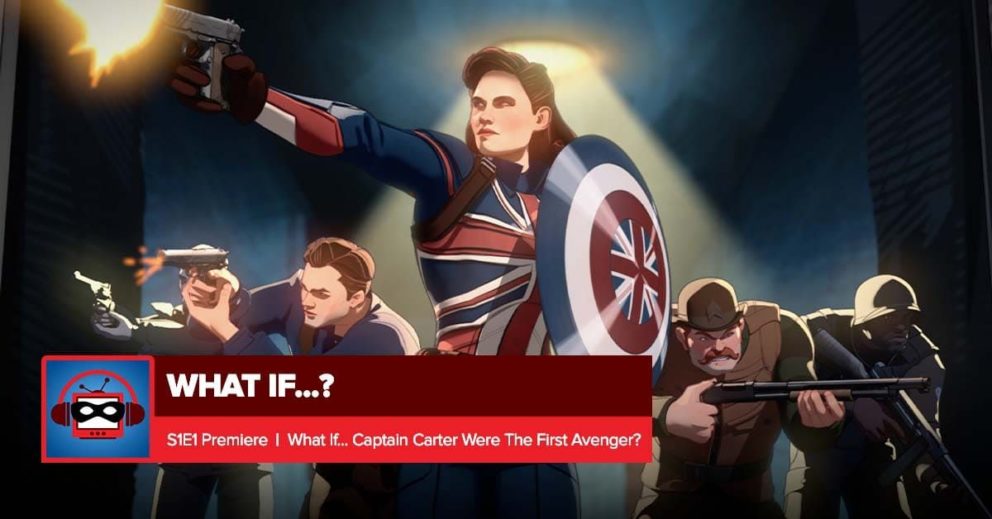 Marvel’s What If? Episode 1 Recap: “What If… Captain Carter Were The First Avenger?” | Everything is Super

Josh Wigler (@roundhoward) and Kevin Mahadeo (@kevmahadeo) are talking about Marvel’s What If…?, the very first animated Marvel Cinematic Universe series, coming out weekly on Wednesdays on Disney+. Set through the lens of Uatu the Watcher, Marvel’s What If…? looks at various elements of the MCU, and posits different ways in which they could play out, leading to new permutations of characters such as Captain Carter and T’Challa as Star Lord.

This week, Mike Bloom charges in to join Kevin and recap the Marvel’s What If…? premiere. The two discuss the adventures of a super-soldier serum-filled Peggy Carter, the new role of “Skinny Steve,” and whether this opener has any effect on the series and MCU as a whole.

Next week, Mike will once again join Kevin, alongside LaTonya Starks, to discuss Episode 2 of Marvel’s What If…? Get your feedback in to [email protected].

What if….there was more What If coverage?
Marvel’s What If? Preview | Everything is Super