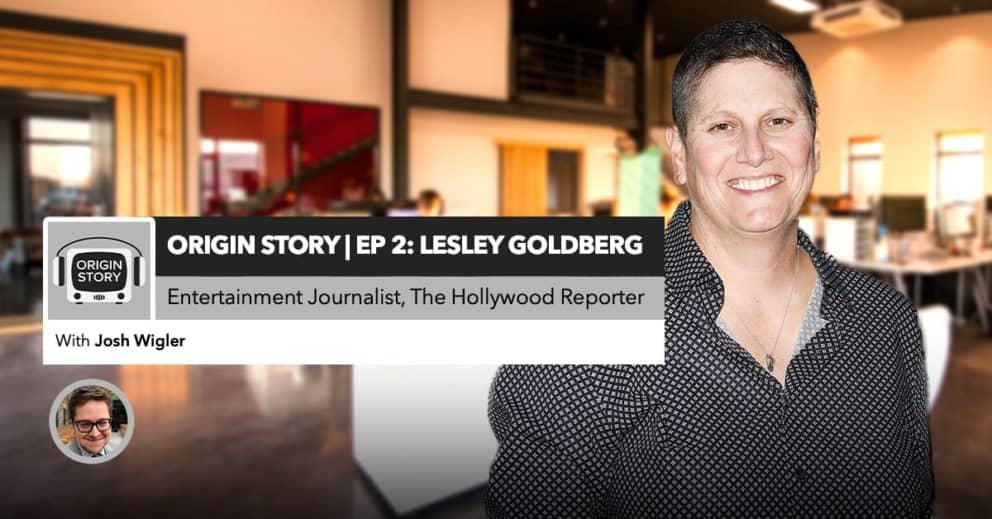 Welcome to Origin Story, a semi-regular interview series on Post Show Recaps, made possible by the patrons of Post Show Recaps. In each episode, host Josh Wigler (@roundhoward) speaks with a different guest in the pop culture space and digs into their origins: the movies and shows and journey through life that brought them to where they are now.

This week, Josh is joined by a titan in the entertainment journalism world: Lesley Goldberg, the West Coast TV Editor at The Hollywood Reporter, the co-host of the must-listen television industry podcast TV’s Top Five, and Josh’s assigning editor at THR. If you’ve enjoyed any of Josh’s articles over the last five years, you can thank Lesley Goldberg for making them possible — and for tolerating Josh’s side hobby of recording a podcast or two. One of the world’s top Dodgers and Happy Days fans as well as an all-around excellent human, Lesley is a key source of wisdom for anyone interested in journalism generally and entertainment journalism specifically.

Catch up on the first episode of Origin Story: