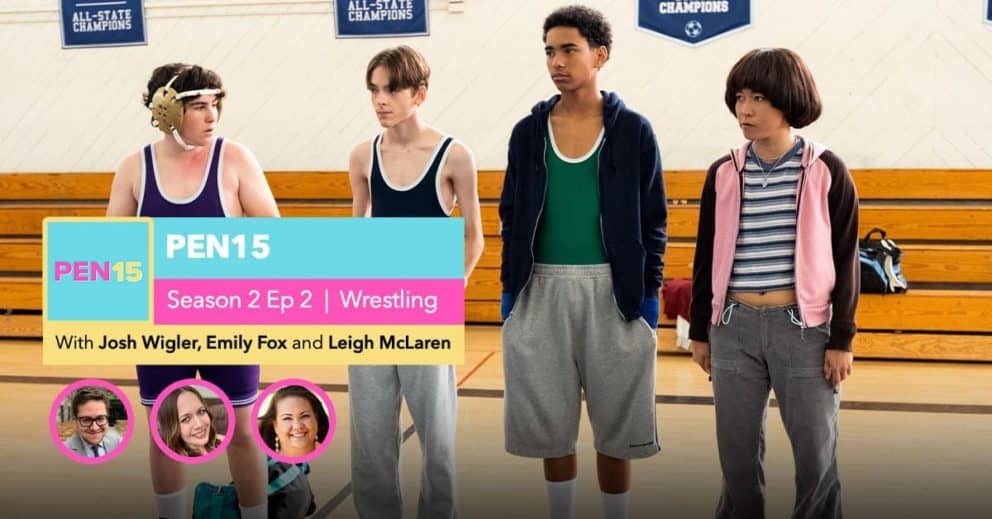 Josh Wigler (@roundhoward) and Emily Fox (@emelette) are heading back to school with Emily’s lifelong best friend Leigh McLaren to talk about Hulu’s “PEN15.”
Created by Maya Erskine and Anna Konkle, “PEN15” stars Erskine and Konkle as 13-year-old best friends Maya Ishii-Peters and Anna Kone as they navigate the highs and lows of middle school in the year 2000. The catch: they are the only adults playing kids; the rest of the kids are played by … well, kids.
The Hulu comedy debuted the first seven episodes of its second season on September 18. The millennial trio of Josh, Emily and Leigh will tackle one episode per week for the next several weeks, reliving their own childhood trauma alongside Maya and Anna.
Today: season two, episode two, “Wrestling.” Josh, Emily and Leigh wrestle with the wrestling team at the heart of “PEN15,” specifically their own relative lack of nostalgia for the lost art of wrestling. Apologies, WWE nerds! Emily and Leigh recall their own weight room misadventures from high school, while Josh tells the sad story of his brief stint on the cross country team. In the world of “PEN15,” Maya and Anna are dealing with toxicity from their classmates; Josh, Emily and Leigh dive into all of that and much more, with a side of cheetos for good measure.
New episodes post on Sundays. Send feedback to [email protected].
Catch up on more PEN15 coverage:
PEN15 Season 2 Premiere | &#8220;Pool&#8221;
PEN15 Season 2 Preview | Back to School
Subscribe to
PostShowRecaps.com