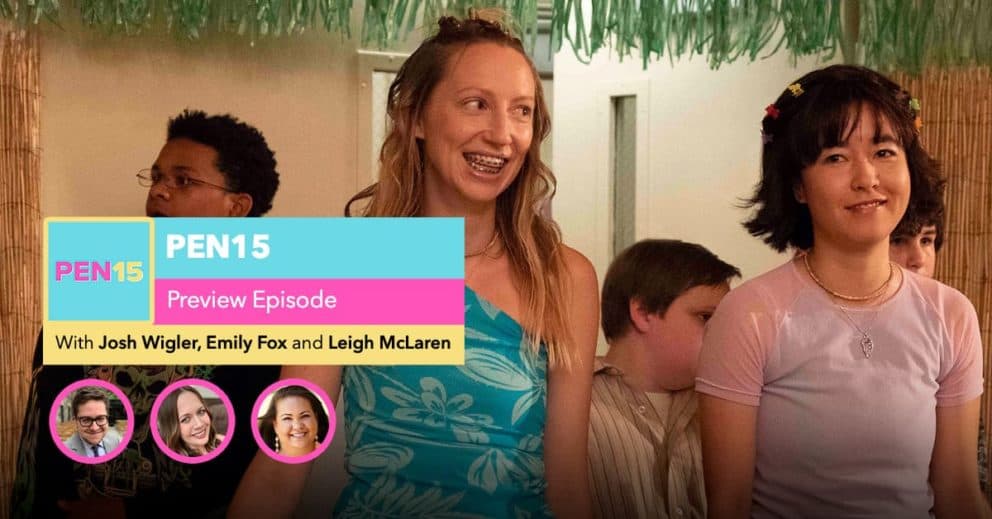 Josh Wigler (@roundhoward) and Emily Fox (@emelette) are heading back to school with Emily’s lifelong best friend Leigh McLaren to talk about Hulu’s “PEN15.”
Created by Maya Erskine and Anna Konkle, “PEN15” stars Erskine and Konkle as 13-year-old best friends Maya Ishii-Peters and Anna Kone as they navigate the highs and lows of middle school in the year 2000. The catch: they are the only adults playing kids; the rest of the kids are played by … well, kids.
The Hulu comedy debuts the first seven episodes of its second season on September 18. The millennial trio of Josh, Emily and Leigh will tackle one episode per week for the next several weeks, reliving their own childhood trauma alongside Maya and Anna.
Up first: a preview show! In their first podcast together, Josh, Emily and Leigh plant the flag on their histories together, their positions on Doritos and other snacks, the ways in which they feel OLD, Emily’s history of boy-crushes, Leigh’s musical theater resumé, Josh’s science-fiction masterpiece that was swallowed up by Y2K, and much more.
New episodes post on Sundays. Send feedback to [email protected].
Check out these podcasts from this past week on Post Show Recaps:
Lost: Down the Hatch | Season 3 Episode 6: “I Do”
Lovecraft Country | Episode 4 Recap: “A History of Violence”
AANG IN THERE | Avatar: The Last Airbender Book 1, Episode 4: “The Warriors of Kyoshi”
Black Panther: Part 1 — The Legacy of T’Challa and Chadwick Boseman | A Marvel Cinematic Universe Rewatch