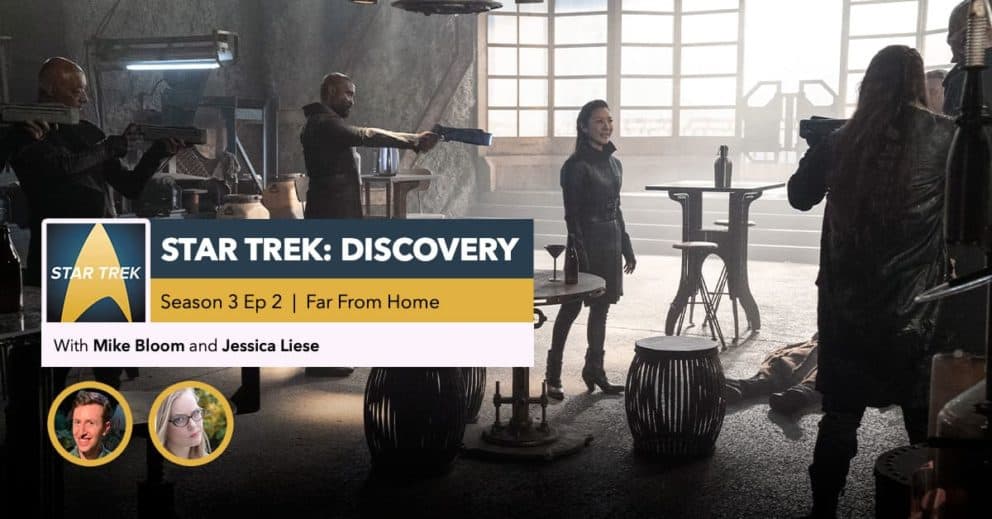 Jessica Liese (@HaymakerHattie) and Mike Bloom (@AMikeBloomType) pull up a chair at the nearest desolate bar to talk about this week’s episode of Star Trek: Discovery.
While last week’s premiere focused on what happened to Michael Burnham when she fell out of the wormhole, now it’s the U.S.S. Discovery‘s turn. Stranded on a planet filled with parasitic ice and malicious couriers, the crew gets an abrupt taste of life in the 32nd century.
Jess and Mike will be bringing recaps of Star Trek: Discovery every weekend throughout season three. For feedback on the episodes, reach out to them or @PostShowRecaps on Twitter or email [email protected].
About Star Trek: Discovery…
After following Commander Burnham into the wormhole in the second season finale, season three of Star Trek: Discovery finds the crew of the U.S.S. Discovery landing in an unknown future far from the home they once knew. Now living in a time filled with uncertainty, the U.S.S. Discovery crew, along with the help of some new friends, must work together to restore hope to the Federation.