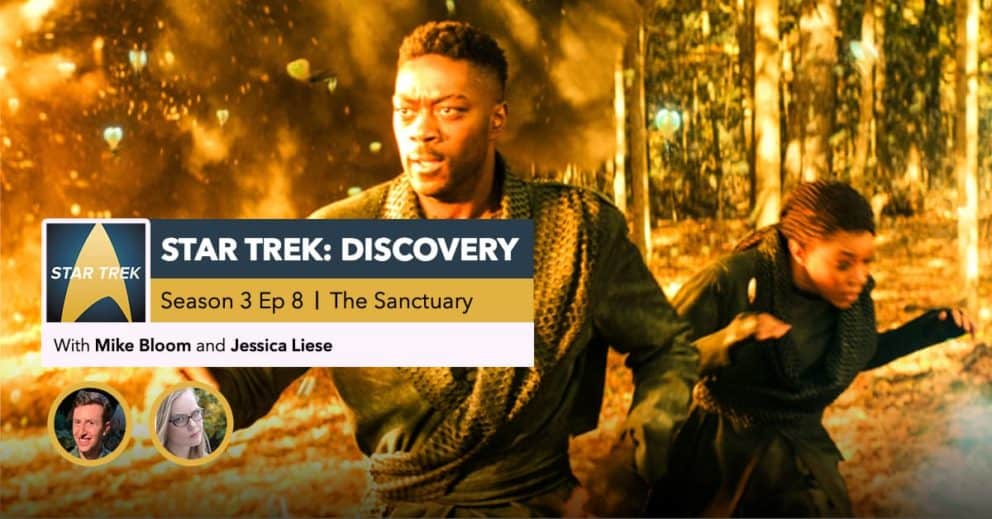 Jessica Liese (@HaymakerHattie) and Mike Bloom (@AMikeBloomType) are swarming like a swath of sea locusts to talk about this week’s episode of Star Trek: Discovery.
“The Sanctuary” opens the book on Book, as the Discovery crew journeys to his home planet. And with his origin story comes a complicated backstory, a new enemy for the show, and a new initiative for the former courier. Meanwhile, Georgiou’s condition continues to deteriorate, and Adira makes a discovery massive for both themselves and the Star Trek franchise as a whole.
Jess and Mike will be bringing recaps of Star Trek: Discovery every weekend throughout season three. For feedback on the episodes, reach out to them or @PostShowRecaps on Twitter or email [email protected].
About Star Trek: Discovery…
After following Commander Burnham into the wormhole in the second season finale, season three of Star Trek: Discovery finds the crew of the U.S.S. Discovery landing in an unknown future far from the home they once knew. Now living in a time filled with uncertainty, the U.S.S. Discovery crew, along with the help of some new friends, must work together to restore hope to the Federation.