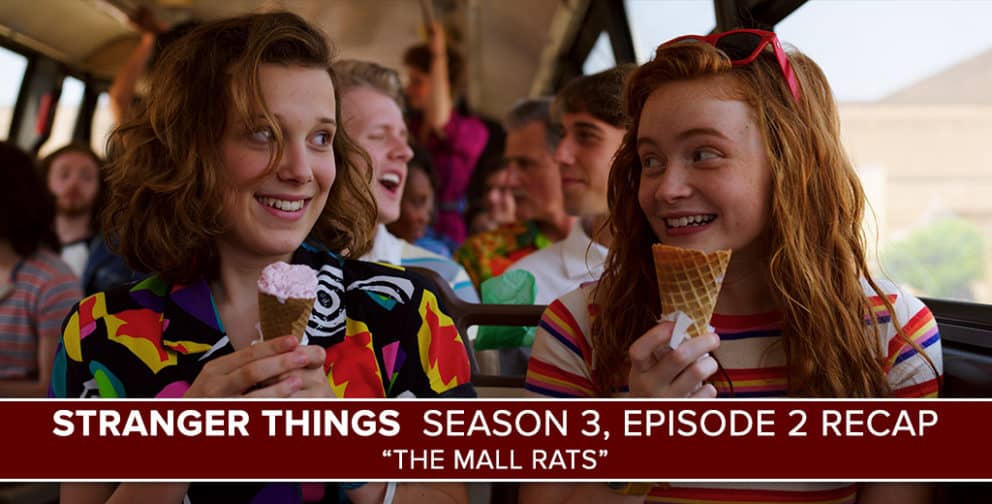 Josh Wigler (@roundhoward) and Mike Bloom (@AMikeBloomType) dump themselves back into the world of Hawkins for a conversation about Stranger Things season three, episode two, “Chapter Two: The Mall Rats.”

Josh and Mike will podcast about each and every season three episode, with the podcast release schedule as follows: