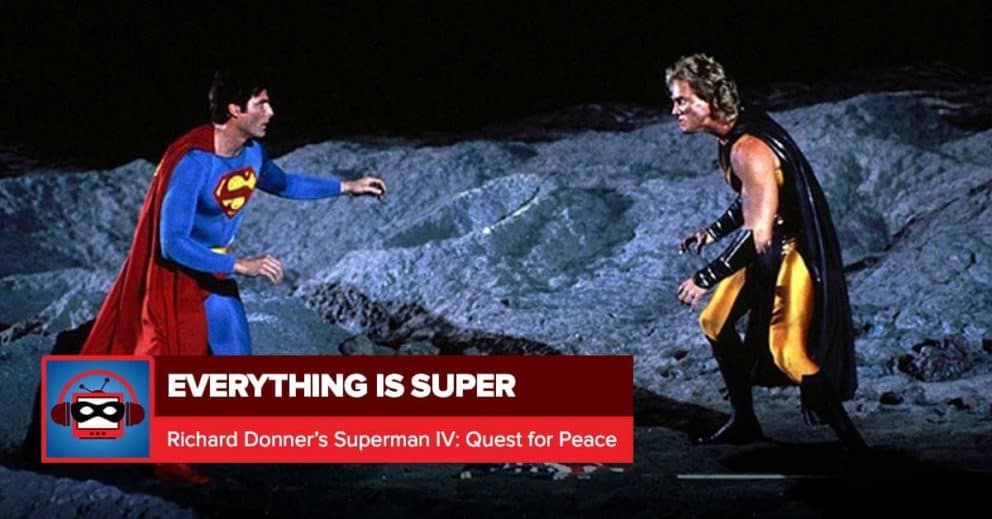 Superman IV: The Quest For Peace | Everything is Super

This week: Josh and Kevin fly into “Superman IV: The Quest for Peace.” It’s the worst Christopher Reever Superman movie, no doubt, so why does Josh kind of love it? Is there actual merit here? Josh and Kevin get into it one last time as they say bye-bye to the Man of Steel.

Next up: “Loki.” The MCU is back on Disney+ starting June 9, and before the debut of the new show, Josh and Kevin will get together for a quick preview about what to expect. Send your feedback to [email protected].

Don’t forget: “Invincible.” In the Post Show Recaps Patreon feed, Josh and Kevin joined forces to talk about the Amazon superhero series, just for the patrons of PSR. Sign up today at the $5 level to get that podcast at patreon.com/postshowrecaps.

So, you want more coverage of Superman?