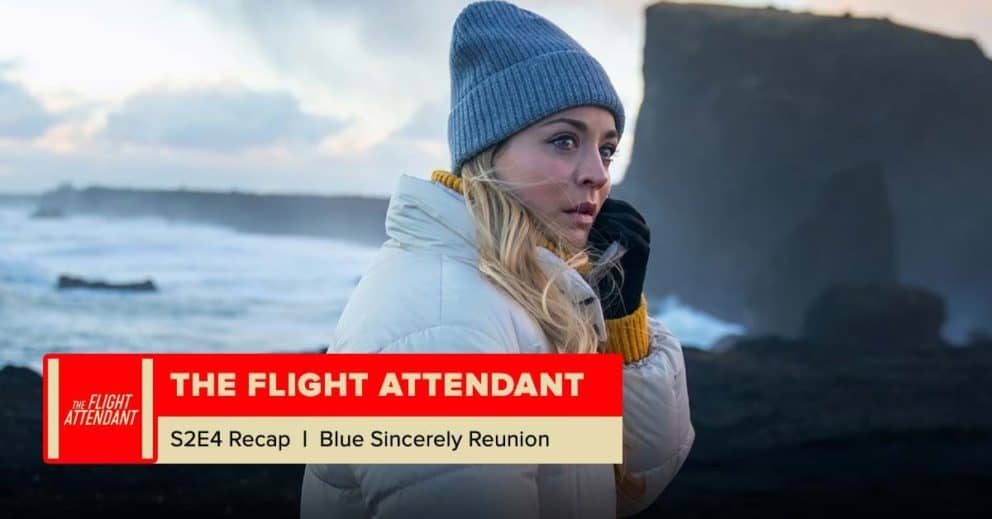 In this podcast, the hosts break down “The Flight Attendant” Season 2 Episode 4, “Blue Sincerely Reunion,” with special guest, Marissa (@marzbars)