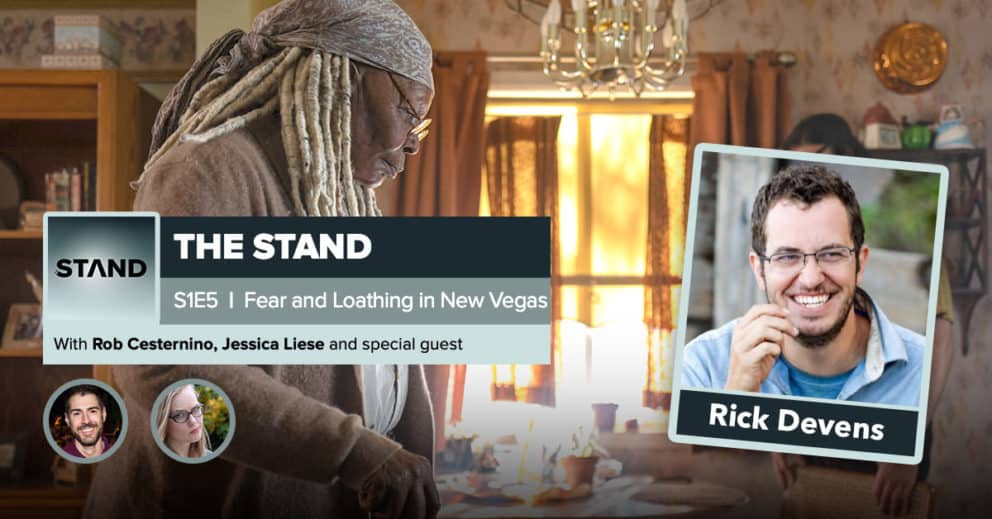 What happened in New Vegas isn’t staying in New Vegas as Jessica Liese (@HaymakerHattie) and Rob Cesternino (@robcesternino) continue their journey through “The Stand,” now airing on CBS All Access. They are joined this week by “Survivor: Edge of Extinction”‘s Rick Devens (@Rick_Devens), a lifelong Stephen King fan who’s bringing some very fresh takes to the table. It’s a veritable elevator of analysis as they break down the ups and downs of episode 5, including the best way to use surveillance cameras without the benefit of wi-fi, why it’s important to sort your fun into tiers when you’re building a hedonistic pleasure city, and how Dayna’s confrontation with Randall Flagg compares with its counterpart in the 1994 ABC miniseries, among many other things.

The Stand | Episode 4: “The House of the Dead”
Subscribe to
PostShowRecaps.com