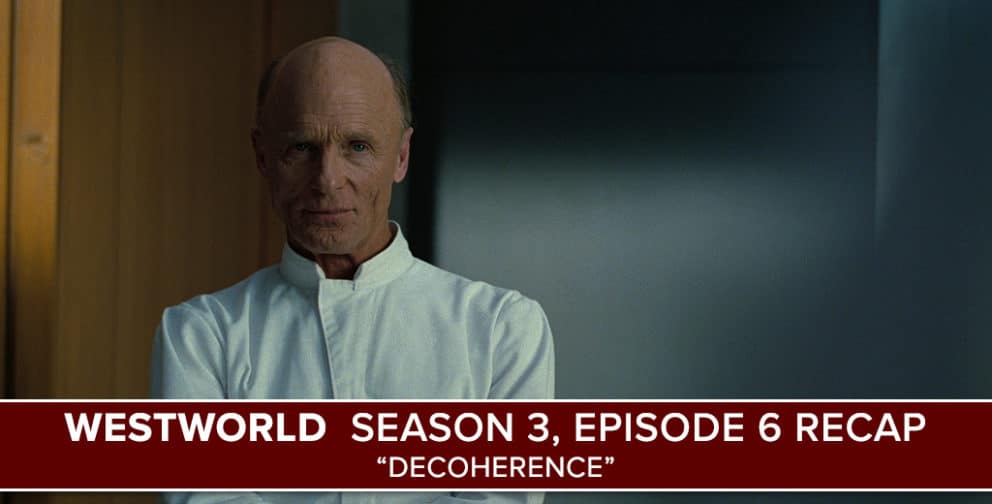 In “Decoherence,” the action primarily follows three different characters: Maeve (Thandie Newton) as she returns to War World to recruit some new allies, Charlotte (Tessa Thompson) as she tries to maintain her cover at Delos and save her family from certain doom, and William (Ed Harris) as he goes through a therapeutic battle against himself — many different versions of himself, in fact.

Josh and Jo will be back next week to talk season three, episode seven, “Passed Pawn.” Check out THR.com/Westworld for all of Josh’s Hollywood Reporter coverage of the series, including interviews with creators Jonathan Nolan and Lisa Joy, star Thandie Newton, and more.