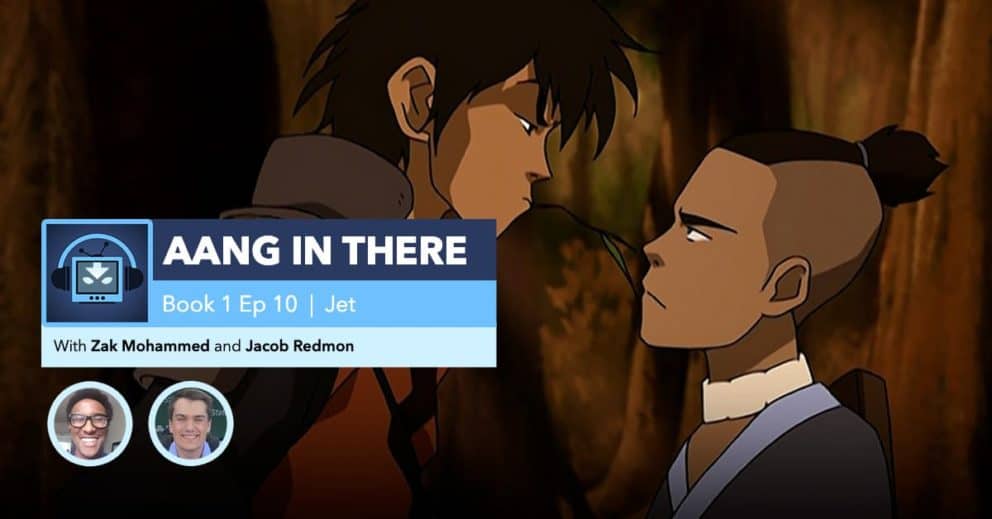 Zak Mohamed (@Zakmohamed32) and Jacob Redmon (@jkredmon) join the freedom fighters in the tenth episode of Avatar: The Last Airbender!

Zak and Jacob fall head over heels for a bad guy in the tenth episode of season one, “Jet.” They talk through the episode and do voice impressions of the characters, talk about tree house logistics, and lost boys that never found safety with Peter Pan! After the recap, they go through listener feedback and do their episode and battle rankings. Finally, they sort video game consoles into bending types.

“Jet ” was directed by Dave Filoni and written by James Eagan. It originally aired on May 6, 2005.