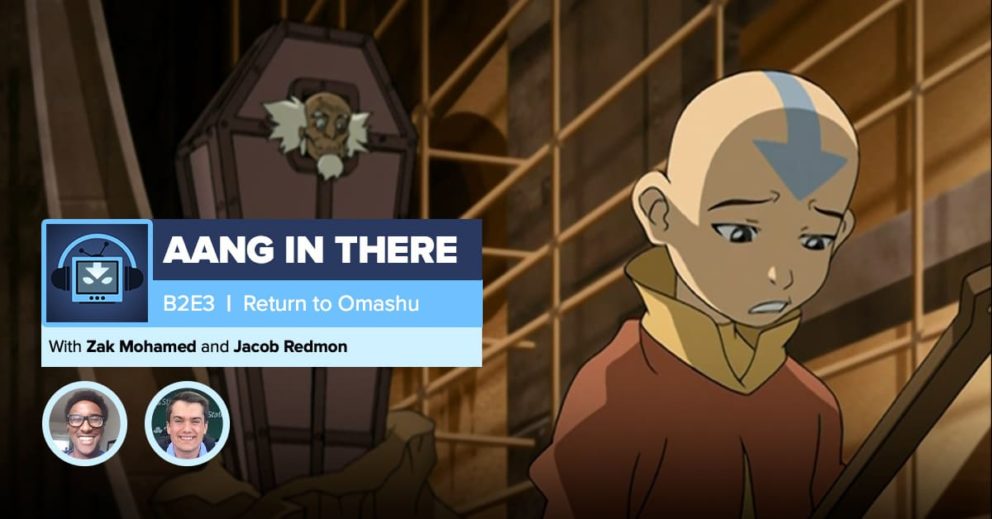 AANG IN THERE: Avatar The Last Airbender Book 2 Episode 3 “Return to Omashu”

Zak Mohamed (@Zakmohamed32) and Jacob Redmon (@jkredmon) came down with nasty cases of pentapox, but recovered in time to recap Book 2 Episode 3 of ATLA: “Return to Omashu.” They discuss the introductions of Mai and Ty Lee, marvel at how well the fire nation handled their pandemic, and talk through what may be the worst name in the series: Tom-Tom.

Afterwards, they go through listener feedback, rank the episode and fight, and sort members of Team Iron Man into bending classes.

Zak and Jacob will be back with Season 2 Episode 4 “The Swamp”.

Return to Omashu was written by Elizabeth Welch Ehasz and directed by Aaron Spaulding. It originally aired on April 7th, 2006.

AANG IN THERE: Book 2 Episode 2 “The Cave of Two Lovers”