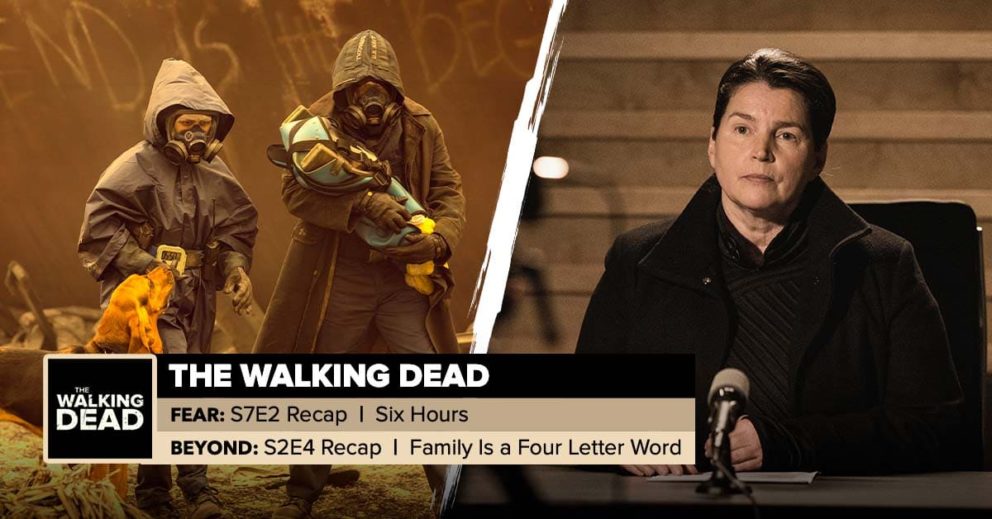 It’s time once again for the FTWDWB crew to assemble, and Jess (@HaymakerHattie), Chappell (@Chappells_Show) & AJ (@AJMass) are all here to talk about all things Walking Dead universe….or have they given the pod over to their secret twins? Either way, there’s quite a bit to unpack this week…although if the suitcase is growling, they’re going to take a cue from Fear the Walking Dead and leave it packed. Could either of these episodes have been an email? Is Baby Mo the most useful member of Morgan’s submarine crew? Does Huck know about Silas or not? And why does the character development on World Beyond feel so much more earned than it does on this current arc of Fear? They’ll tackle these questions and more, although they’ll avoid tackling the radioactive zombies, because apparently those are dangerous.